This recovery will be different

If there is one single defining schism between now and the recovery from the financial crisis, it’s fiscal spending.

Austerity was on the tip of everyone’s tongue in 2010. It was the siren call of the American tea party movement and most developed countries were brought along for the rise. For Angela Merkel, it was near-religion (and law) to balance the budget and pay off debt.

Well you don’t get to be the longest-reigning politician in modern German history without knowing how to read a crowd. Merkel embraced a major pivot today in the clearest terms possible.

“I want to make it clear again that we will have to spend gigantic sums in coming years,” she said at a conference for industry. “I want to say in all honest that there are many areas in which without state cash we won’t be able to take the lead.”

This is the same lady who tortured Greece and Italy over tiny budget deficits.

I have been writing about this trend since the start of the pandemic. I don’t know if inflation is going to stick around next year and foil central bank plans to keep rates low, but I know it’s coming eventually because government spending and low rates aren’t going to stop until it arrives.

Gold is dipping today as it gets sucked lower on the retail rout that enveloping crypto but there’s a decent inverse correlation between gold and crypto with some moderate support nearby. 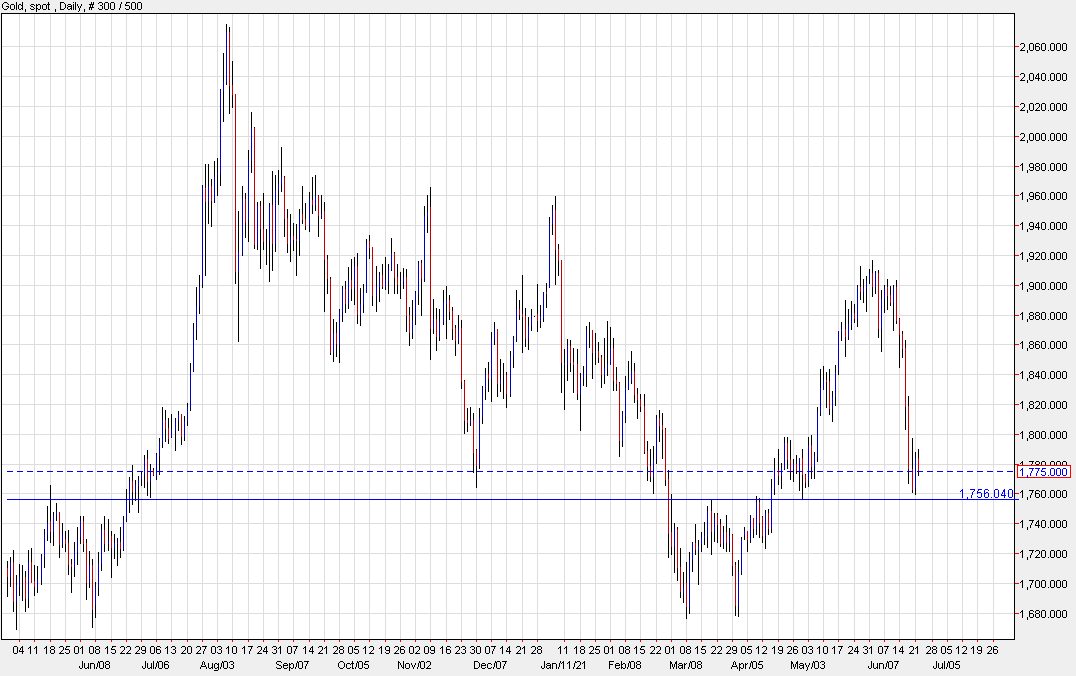