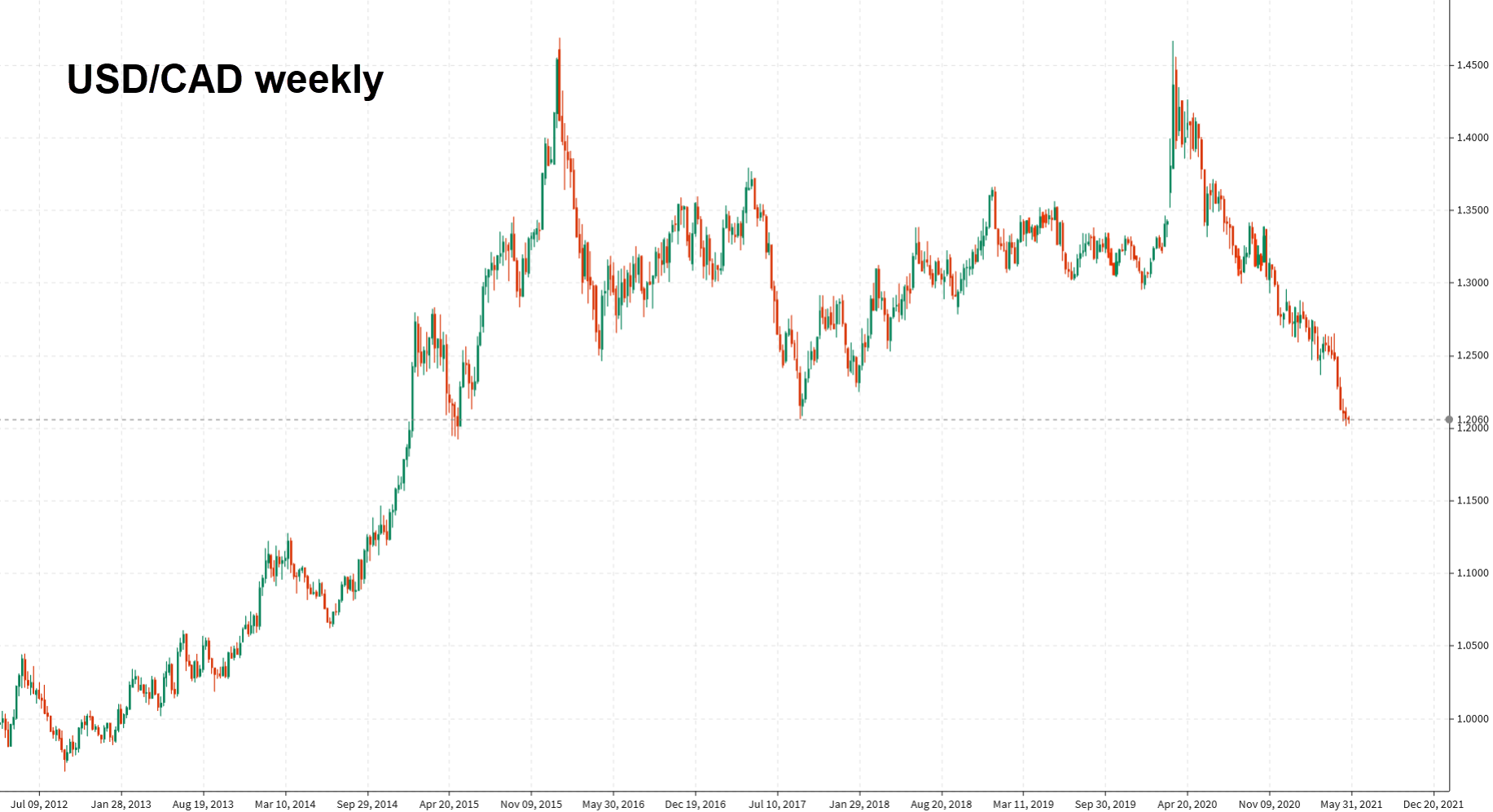 I spoke with BNNBloomberg about the loonie

1) Why CAD is the best-performer this year?

The Canadian dollar is the top performing currency in the
world this year and it’s not hard to see why. We’re at the start of a new
economic cycle, commodities are booming and the US is one of many countries who has spent heavily on
stimulus and that spills over.

When I last spoke with BNN a month ago, I said 83-cents “is in the bag” as a
target and here we are (That’s 1.20 in USD/CAD). It’s a huge inflection level
and a big psychological level.

2) Disbelief is the pre-requisite for a lasting move

If you look at targets from economists and banks, they’ve
been slow to move. Most still show the Canadian dollar giving some back but you
can see the shift in the market. The latest futures positioning data shows a
big tilt towards CAD bets.

For the long-term, corporates need to get rattled. Corporate
Canada loves holding US dollars – they’re some of the stronger hands out there
but 83-cents is a pain point. Soon we’ll have headlines about fresh six-year
highs, then we’ll see banks and economists shift targets and then the momentum
takes over.

If you look at a long-term Canadian dollar chart, you see
some sharps spikes lower. Those are global risk events – the financial crisis,
the oil rout, the pandemic. That’s what you’d expect. What’s more surprising is
how quick some of the moves higher are. They’re not event driven but were the
result of steady improvements in growth, commodities and sudden BOC shifts. CAD
rose to parity from 77-cents in a year from the depts of the financial crisis.
That highlights some of those tipping points for corporates.

4) Oil will be the short-term driver

The next domino is oil. Iran is the big risk this week but
I’m increasingly convinced that it’s priced in. Demand is coming back and the
only way for oil to go is higher. I think that’s what really rattles central
banks from their dovish perch.

For the Bank of Canada, we’re already there. There’s this
global shift in central banks to wait for higher inflation but I don’t think
the BOC is interesting in playing that game. They’ve been able to hit their
target for much of the past decade and housing is a monumental risk. So we have
Canada not only disconnecting on fundamentals but we have a central bank with a
materially different philosophy.

Dollar pares gains on falling U.S. labor costs, before Fed decision
USDCAD finds sellers at the 200 hour MA today
The GBP is the strongest and the CAD is the weakest as the NA session begins
Trend Pullback Strategy for Forex Trading Gold and Crypto
Amazon beats on fourth-quarter revenue but provides light guidance