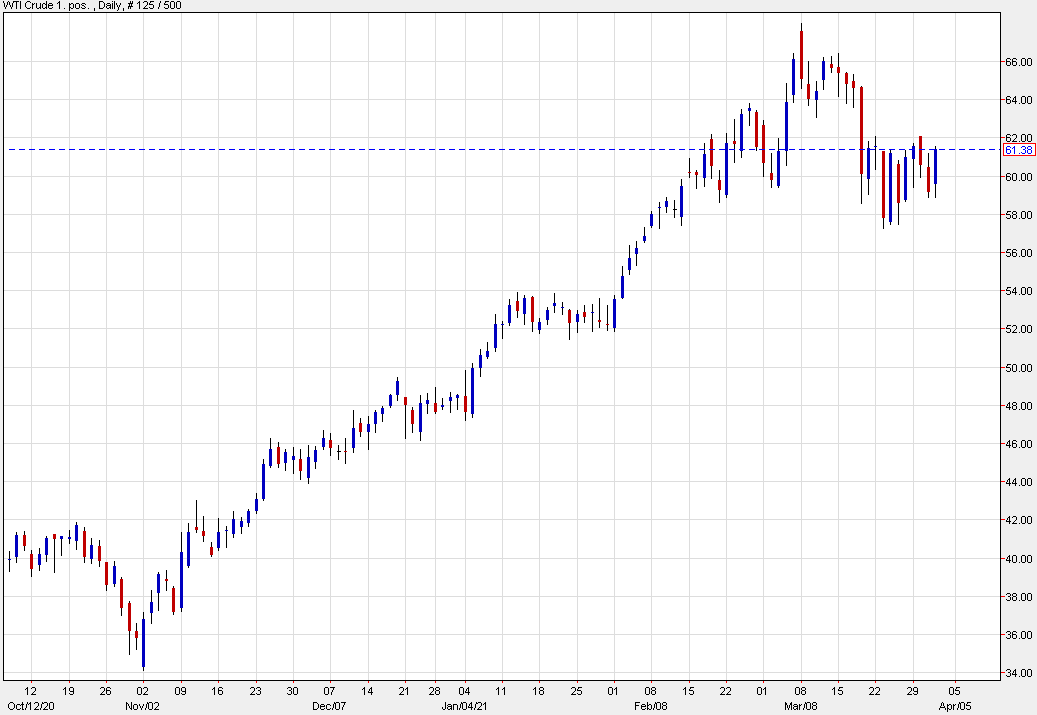 Oil at the highs of the day

Oil is up nearly 4% in an impressive climb despite OPEC+ announcing it will add more than 2 million barrels per day to the market by July.

The consensus was that oil would rollover production in May and could do so in June as well. Initially, WTI crude oil hit a session low at $58.86 but has since rallied to $61.56.

Technically, oil needs to crack $62 to get some upside momentum. I’m skeptical of the bounce today but that’s the nature of the oil market.

An argument the bulls make is that this offers some certainty about production for three months. A spike to $70 and OPEC returning 3mbpd in June wouldn’t be such a good outcome. There was also some healthy talk about demand but not OPEC or anyone else can predict that.

The best argument might be be extending the logic of this hike beyond July. If OPEC is adding in 450K/bpd increments, it will take until the end of the year to bring it all back online.

All that to say that I think you have to go with the technicals.

GBP/JPY Price Analysis: Further upside hinges on 159.50 breakout
Dollar Falls after ADP Miss, Gold To Try Breakout ahead of Fed
Oil surges after strong U.S. jobs data
How I Backtest my Trading Strategy (Step-by-Step Guide)
How to protect against crime in the metaverse