The tone of the markets was well set by Fed Chair Jerome Powell’s indication of smaller rate hike in the upcoming FOMC meeting. The biggest reactions were found in treasury yields, which decline was surprisingly steep. US stocks ended higher but upside momentum appeared to be diminishing.

Dollar was sold off broadly and closed as the second worst performer, next to Canadian. Australian Dollar was actually the third weakest, arguing that risk-on sentiment wasn’t that solid. Yen was the strongest, as supported by falling yields, followed by Kiwi and then Sterling. Euro and Swiss Franc ended mixed.

Fed Chair Jerome Powell’s speech at the Brookings Institution was the biggest market mover last week, and pretty much set the tone. In short, Powell said that, “it makes sense to moderate the pace of our rate increases as we approach the level of restraint that will be sufficient to bring inflation down”, adding that, the time for moderating the pace of rate increases may come as soon as the December meeting.” Stocks rose while treasury yield and Dollar tumbled as reactions to the speech. Solid non-farm payroll growth with stronger wage increases provided some jitters, but didn’t alter the path.

The decline in treasury yields at the long end was rather decisive and significant. But momentum in stocks and Dollar was not. As pointed out by many Fed officials, at this stage of the tightening cycle, it’s not the size of a move that matters. Rather, the terminal rate and the timing to get there carry much more significance. Thus, traders might start to turn cautious and wait for new economic projections at the FOMC meeting on December 15 to get some hints on the answers to the two questions, before taking another committed move.

DOW’s close above 34281.36 resistance was a bullish development. But upside momentum is clearly diminishing as seen in daily MACD. There is still prospect of a pull back in the near term, and bring of 33583.77 support will indicate the start of a correction. But as long as 33583.77 holds, DOW could still edge higher before making a near term top. 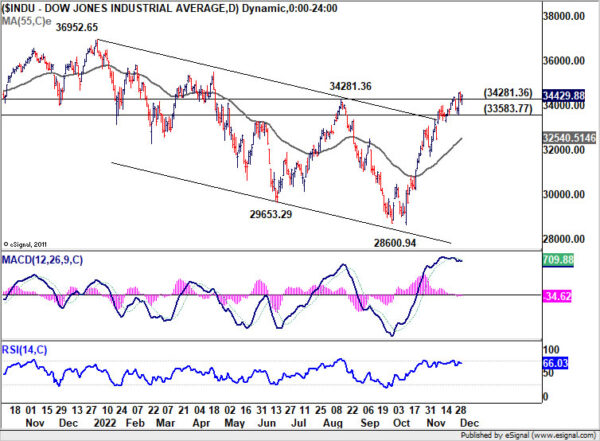 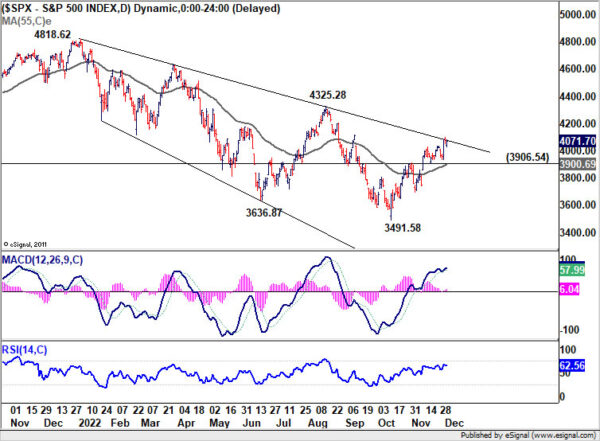 US 10-year yield’s steep decline was a surprise. The move away from 55 day EMA is starting the argue that it’s already in a medium term correction. Still, rebound from current level will have 3.483 resistance turned support defended. Break of 3.798 resistance will bring stronger rise back towards 4.333 high, and keep the correction short term. 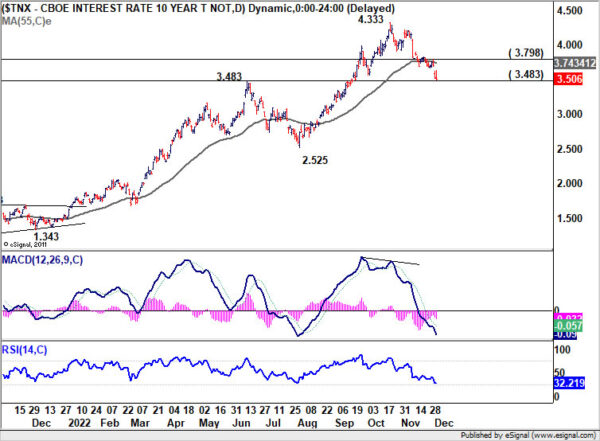 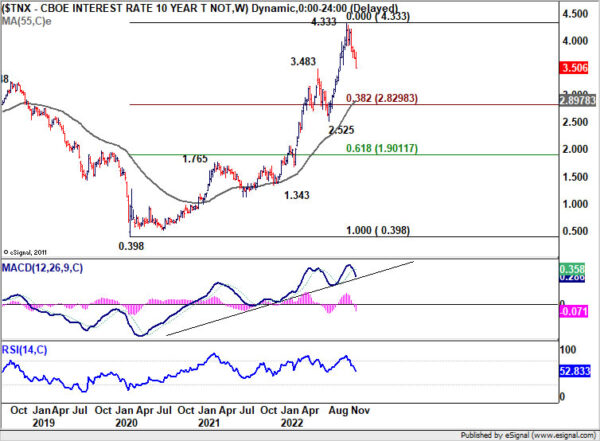 However, sustained trading below the 55 day EMA will open up deeper correction to 61.8% retracement at 98.96, which is below 100 handle. If that happens, we might at extended rally in stocks and correction in yields at the same time. 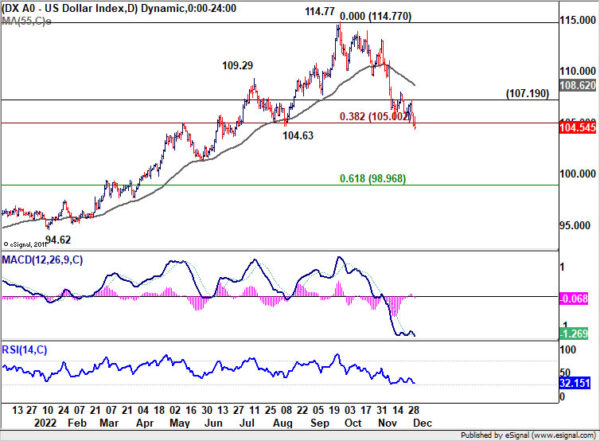 Yen was the biggest winner for the week as lifted by the steep decline in US and European benchmark yields. There was also some support from new board member Naoki Tamura’s push for policy framework review, which could eventually lead to an end of the ultra-loose monetary policy (well, perhaps next year). 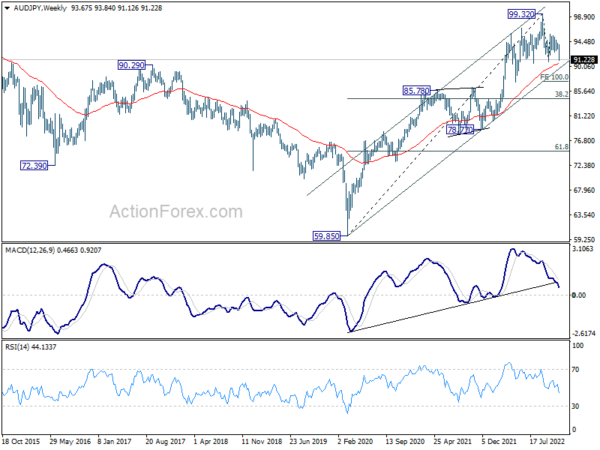 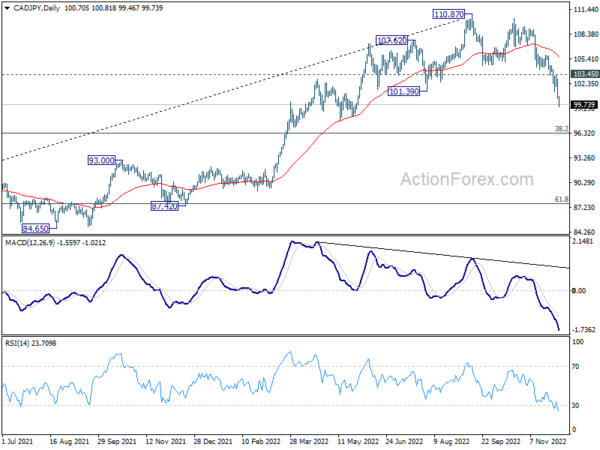 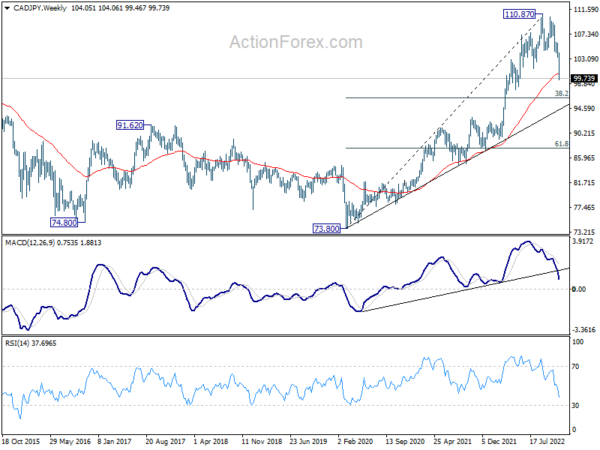 Loonie selloff accelerates as BoC tightening close to a pause

Taking about Canadian Dollar, it ended as the worst performer last week on talks that BoC could pause earlier than Fed which leave its terminal rate lower. Opinions are divided on whether BoC would raise interest rate by 25bps or 50bps this week. Yet, there is consensus that this hike, or another one in January, would be the end of the cycle. 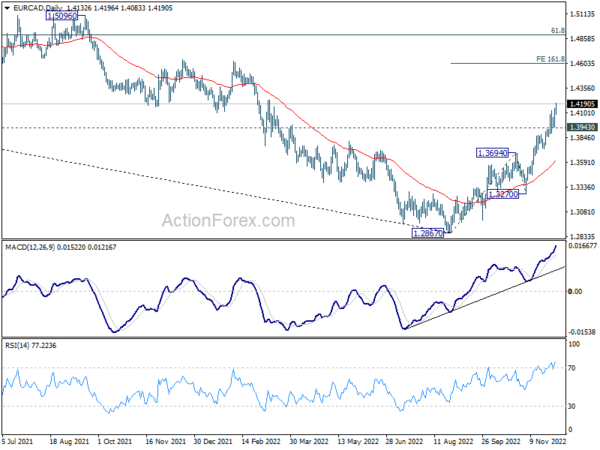 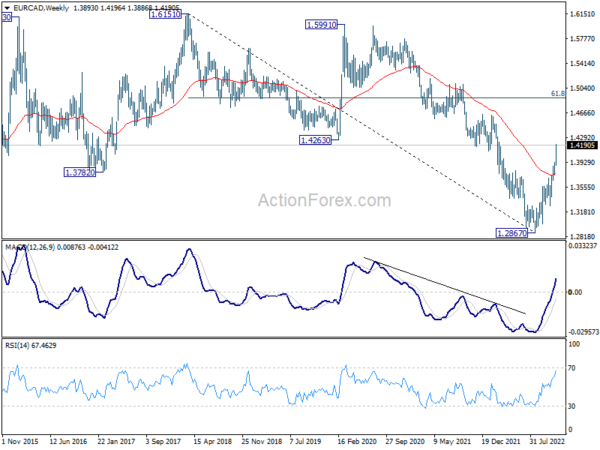 USD/JPY’s fall from 151.93 resumed last week and hit as low as 133.61. Initial bias stays on the downside this week for 133.07 medium term fibonacci level or further to 55 week EMA. On the upside, break of 137.66 support turned resistance will turn intraday bias neutral first. However, near term risk will stay on the downside as long as 142.24 resistance holds, even in case of recovery. 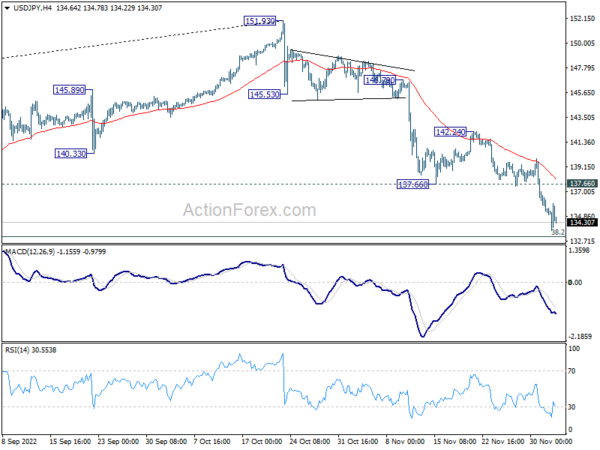 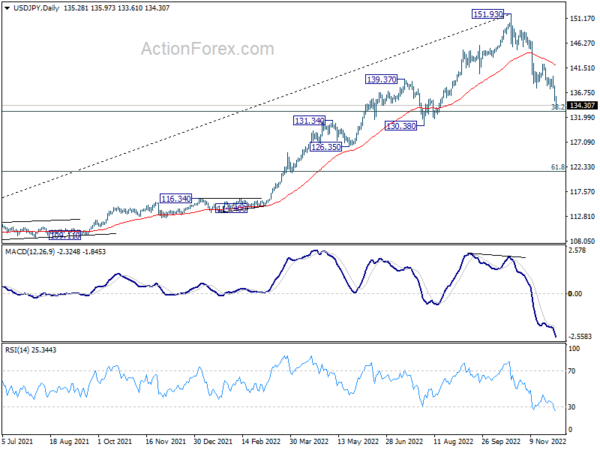 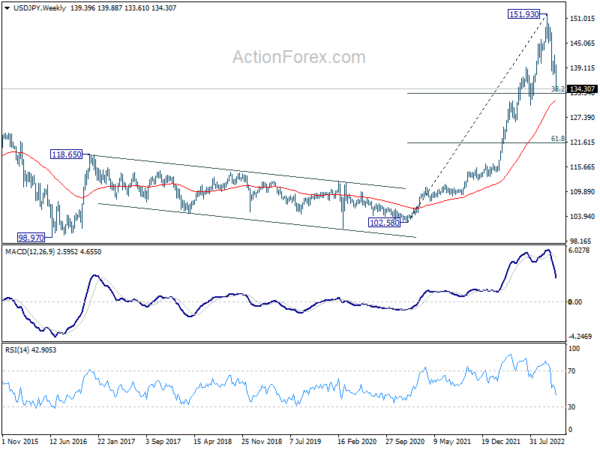 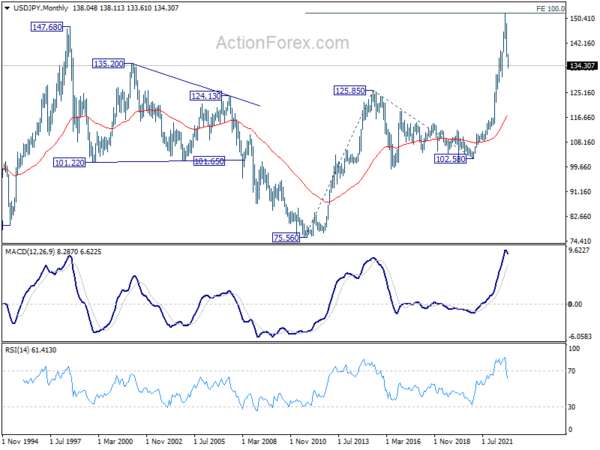 Dollar Softens Mildly in Subdued Trading, Focus Turns to PMIs
AUDUSD after run higher, backtracks to the high from last week and finds support buyers
Crude oil back below the $80 (…well only briefly)
Crypto lawyers to be in demand as regulatory pressure reaches boiling point
Forexlive Americas FX news wrap: USD has another whippy day