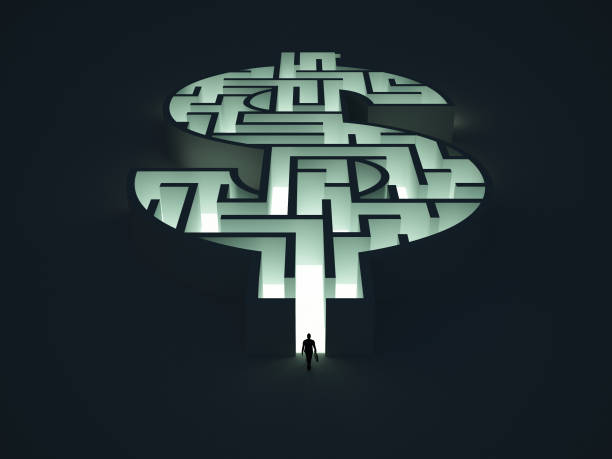 The expectations of a smaller Fed hike in December was affirmed by FOMC minutes last week. Dollar ended as the worst performer, following mild risk-on sentiment. Canadian Dollar was the second worst as dragged down by falling oil prices. Meanwhile, Euro was the third weakest suffering some selloff against Sterling.

Fed expected to slow down in Dec, DOW extended rally

Market sentiment in the US was generally positive last week. Minutes of November FOMC meeting noted that “a substantial majority of participants judged that a slowing in the pace of increase would likely soon be appropriate”. The message reinforced the expectations that the next move on December 15 is a 50bps hike, with market now pricing in over 75% chance (around 25% chance for another 75bps hike).

As many global central bankers advised, the focus should be shifting to where the end point of the current tightening cycle is. According to fed fund futures, Fed might have the last rate hike in March with federal funds rate ending up at 5.00-5.25%. But that could be reshaped by the upcoming non-farm payroll data. 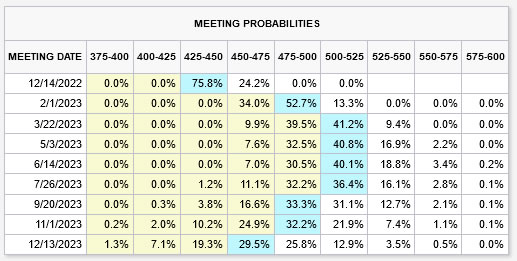 There are expectations that Fed would start to cut interest rate by the end of 2023, even if still too early to make a judgement on that. Inflation development is certainly a factor. The shape of the upcoming recession is for sure another one. It should be noted that the time and depth of yield curve inversion (2yr-10yr) is the worst since early 80s.

The persistence of DOW’s rally and the close above 34281.36 were a surprise. Considering overbought condition, there is still possibility of rejection by this resistance and break of 33239.75 support will bring pull back towards 55 day EMA (now at 32202.48). But sustained trading above 34281.36 will set the stage for retesting 36965.83 high in the early part of next year. 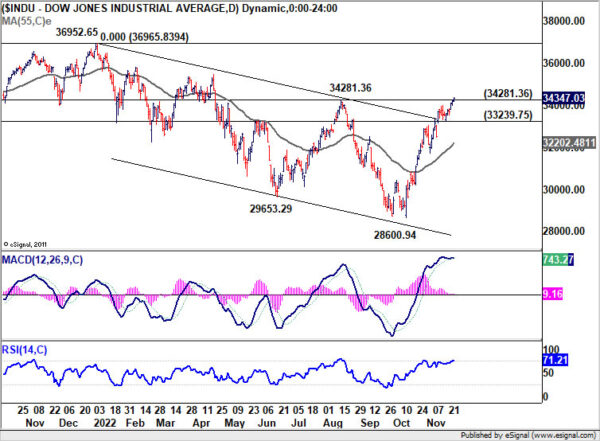 DXY had no rebound yet, but near term downside potential limited 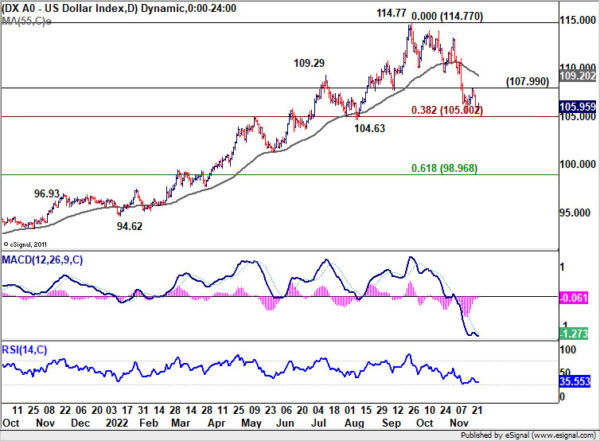 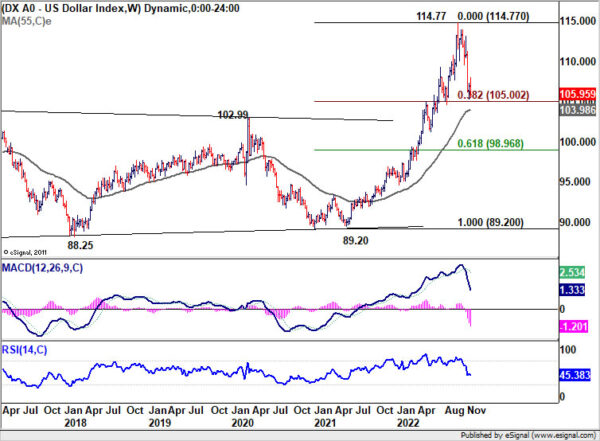 Underlying strength in Sterling not too convincing yet

Sterling ended as the strongest one for a couple of reasons. Firstly, political situation in the UK has pretty much stabilized after the new budget was well received by the markets earlier in the month. Secondly, the Supreme Court ruled out a unilateral Scottish independence referendum, removing a political uncertainty for the near term. Thirdly, the decline in oil price is seen as benefiting the UK more than other parts of Europe, for its deflationary effect. And Fourthly, while the Pound responds positively with risk-on sentiment together with Aussie and Kiwi, rallies in the latters were slightly capped by unrest and uncertainties in China. 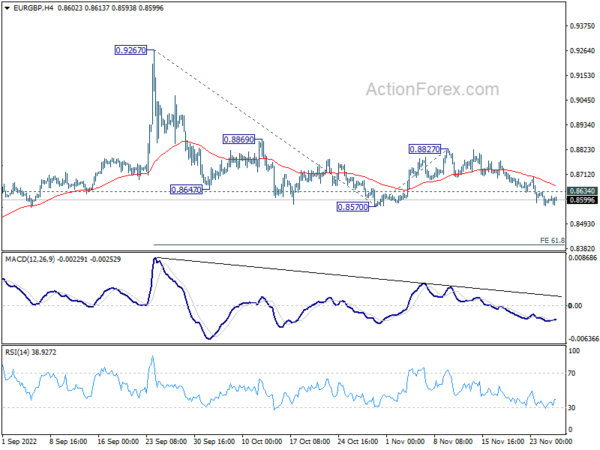 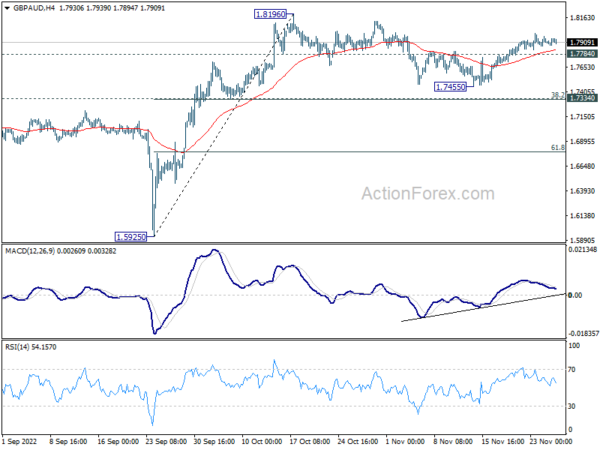 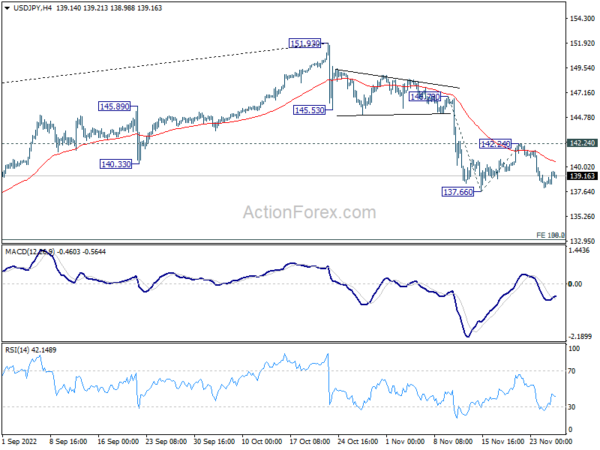 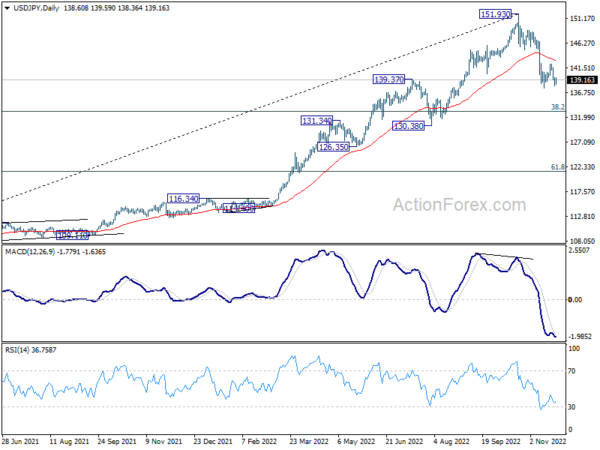 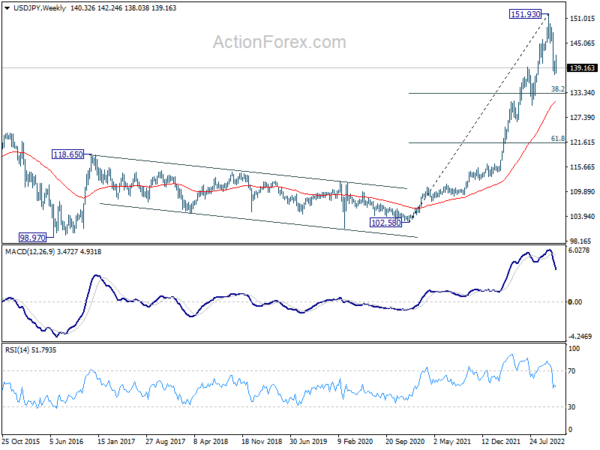 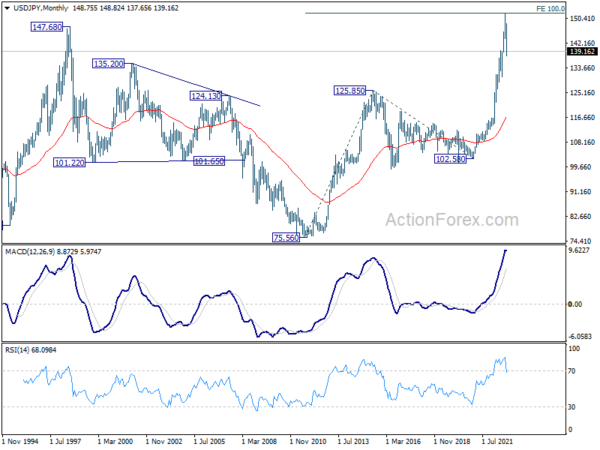