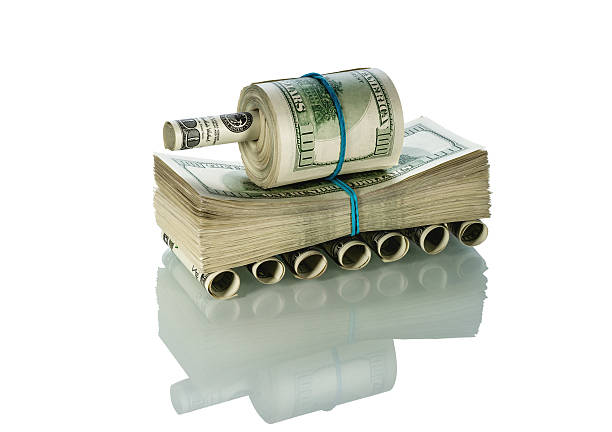 Markets are generally in cautious mode today. While Asian markets tumbled, major European indexes are just in slight red. Dollar rebounds notably after US House Speaker Nancy Pelosi finally took the flight from Malaysia to Taiwan. Investors are still awaiting whether China would take any “retaliation”. Meanwhile, Yen remains the strongest one, followed by Dollar and then Canadian. Aussie is the runaway looser, followed by Kiwi and Sterling. Euro is mixed for now, underwhelming Swiss Franc slightly.

Technically, just as EUR/USD is attempting an upside breakout, it’s quickly knocked down. For now, further rise will remain in favor as long as 1.0095 support holds. There is still a second chance for EUR/USD. Nevertheless, USD/CHF is recovering after touching 0.9471 key support holds. Further rise and break of 0.9598 resistance will confirm short term bottoming. If that happens, EUR/USD could be dragged down together.

RBA hikes 50bps, normalization to continue but not on pre-set path

RBA raises the cash rate target by 50bps to 1.85% as widely expected. It also maintains hawkish bias, and noted, “the Board expects to take further steps in the process of normalising monetary conditions over the months ahead”.

Nevertheless, the normalization is “not on a pre-set path”. “The size and timing of future interest rate increases will be guided by the incoming data and the Board’s assessment of the outlook for inflation and the labour market,” it added.

“Behaviour of household spending” continues to be a “key source of uncertainty”. The central bank will “paying close attention to how these various factors balance out as it assesses the appropriate setting of monetary policy.”

USD/CHF recovers slightly today after touching 0.9471 resistance turned support. Strong support should be seen around current level to bring a strong rebound. On the upside, above 0.9598 minor resistance will turn bias back to the upside for recovery towards 55 day EMA (now at 0.9651) and above. However, sustained break of 0.9471 will carry larger bearish implication and target 0.9193 support next. 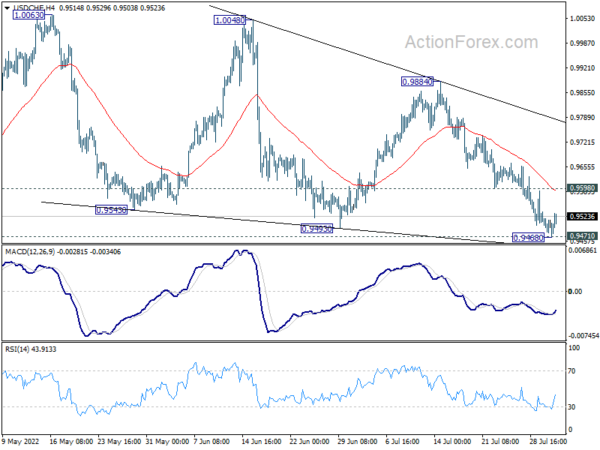 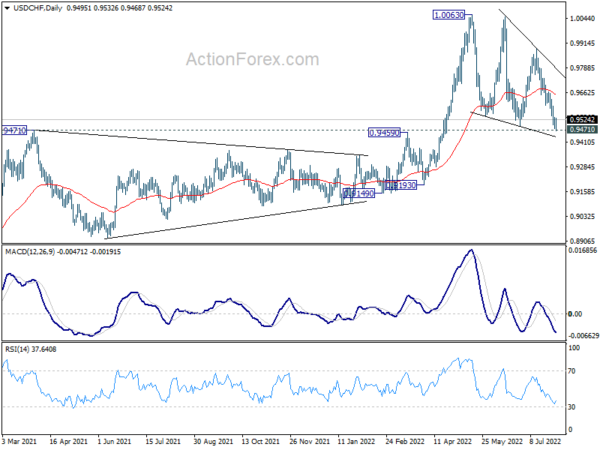