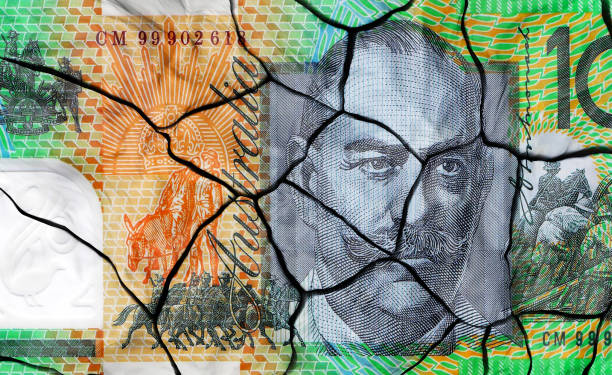 Extending fall in commodity prices and recession fears were the main theme in the markets last week. Australian Dollar ended as the worst performer, followed by New Zealand Dollar, and then Sterling. However, Canadian Dollar was surprisingly the strongest one, partly helped by resilient oil prices.

Meanwhile, extended pull back in US and European benchmark treasury yields boosted the Japanese Yen. Dollar was some what supported by mild risk-off sentiment, but capped by weakness in yields. Swiss Franc’s appeared to be losing some momentum after a powerful, broad based rally. While Euro was weak initially, it was saved by buying in some crosses and ended mixed.

NASDAQ should bottom above 10k and stage bullish reversal 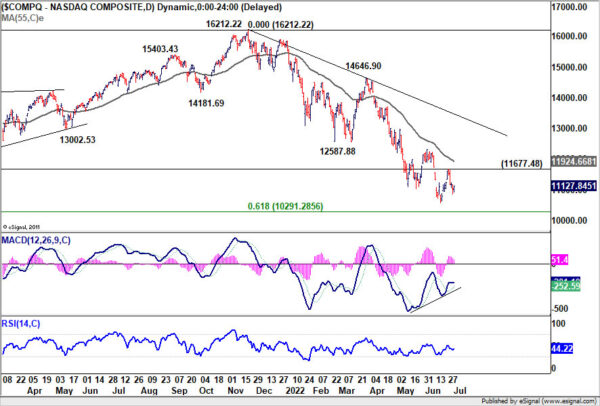 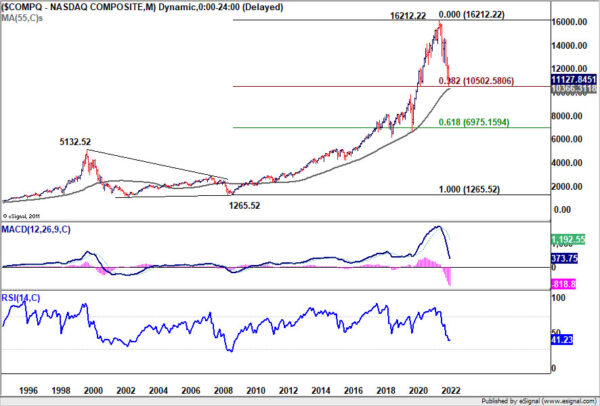 10-year yield lost 3% handle, but strong support expected at around 2.7%

10-year yield tumbled last week as the correction from 3.483 high extended and lost 3% handle. Recession fears and disappointing economic data prompted some more recession fear. Nevertheless, it should noted that TNX did close notably higher than Friday’s low at 2.791, which could be a sign of stabilization. 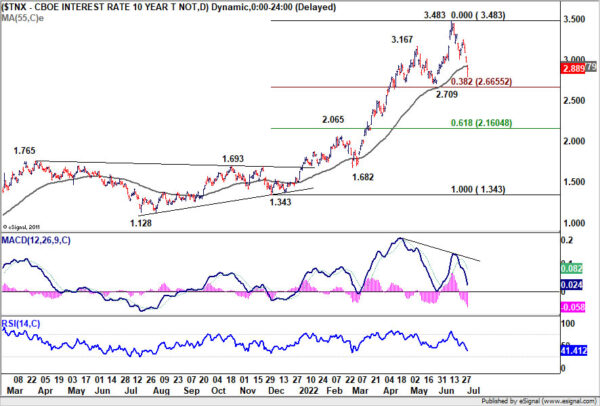 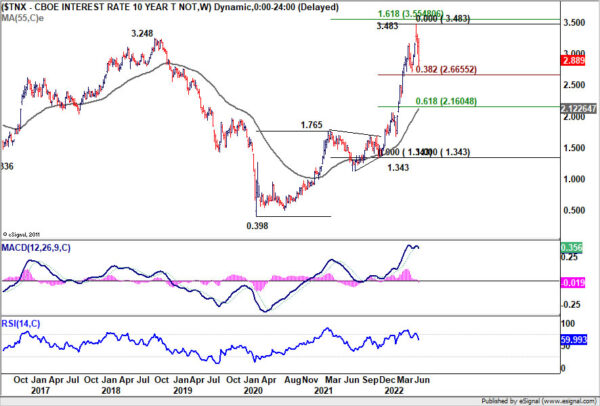 Dollar index recovered last week but failed to break through 105.78 high. It’s partly supported by mild risk-off sentiment, but capped by falling treasury yields. But still, risk of a medium term correction is growing. In particular, the pull back could be quick sizeable if stocks do reverse. Break of 103.67 support will complete a small double top pattern. In this case, DXY should fall through 55 day EMA (now at 102.88), and possibly even further to 38.2% retracement of 89.52 to 105.78 at 99.46. 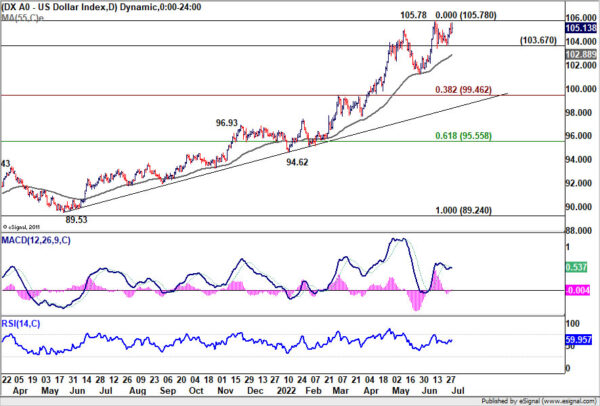 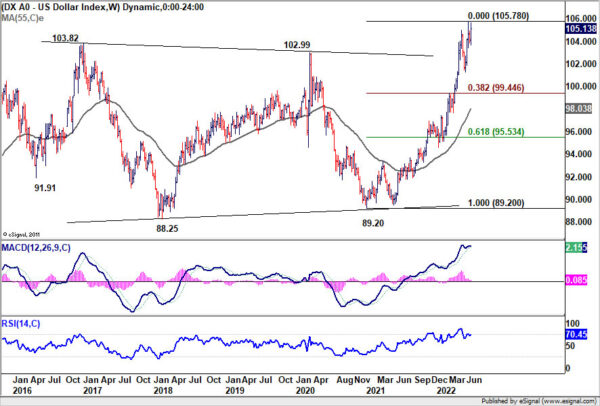 Aussie’s falls broadly last week as weighed down heavily by falling base metal prices. On the other hand, Canadian Dollar was resilient as oil prices stayed range bound. AUD/CAD extended the medium term down trend from 0.9991 high. Such decline could still be a correction to the rebound from 0.8058 (2020 low). But whether or not, outlook will stay bearish as long as 0.8916 support turned resistance holds. Next target is 100% projection of 0.9991 to 0.8906 from 0.9514 at 0.8429. 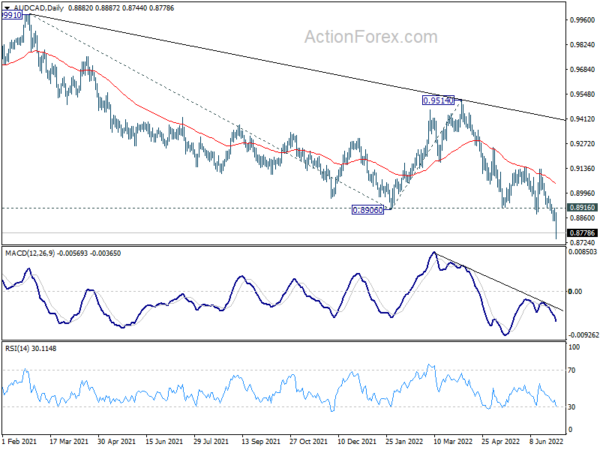 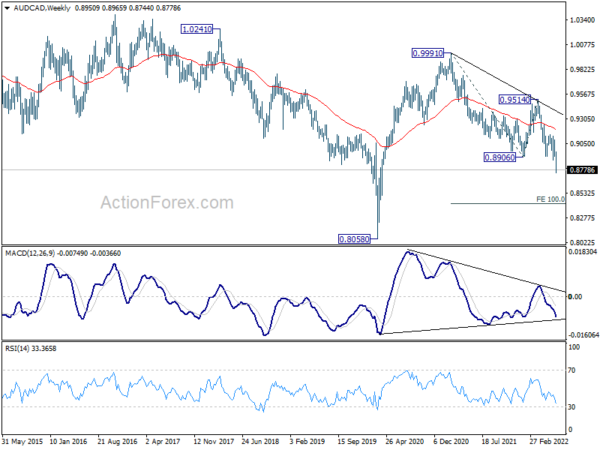 Copper’s down trend continued last week and dipped further to as low as 3.554. It’s now close to 50% retracement of 2.0400 to 5.0332 at 3.5366. Oversold condition (in both daily and weekly RSI) could help copper stabilizes at current level. Break of 3.848 resistance will argue that the five wave sequence from 5.0332 high has completed, and bring stronger rebound back to 55 day EMA (now at 4.191). Such development could at least help slow Aussie’s selloff.

However, firm break of 3.5366 will bring deeper fall to 61.8% retracement at 3.1834 and possibly below. That would give Aussie additional selling pressure. 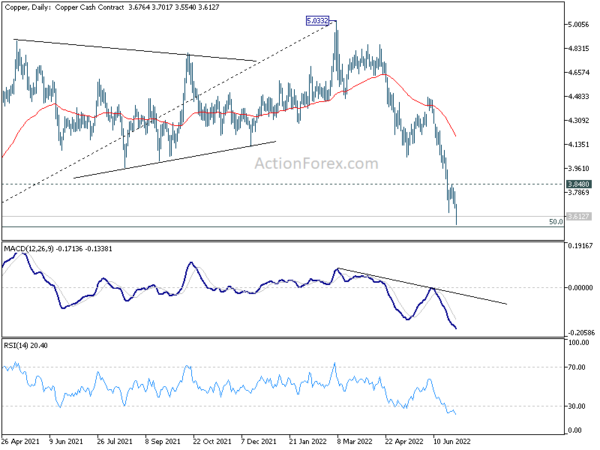 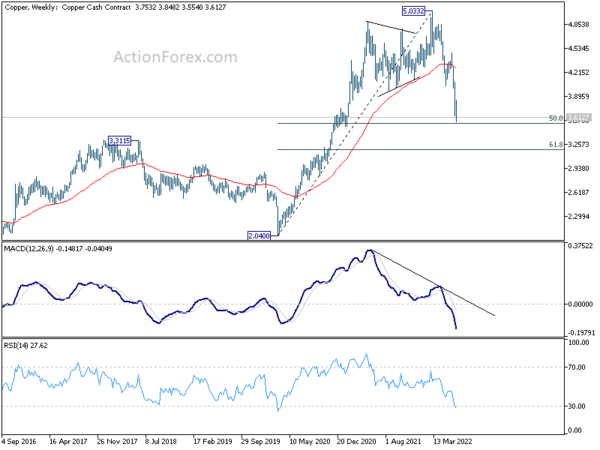 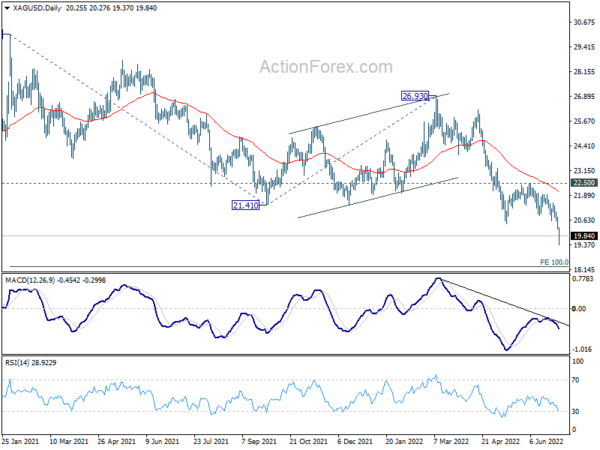 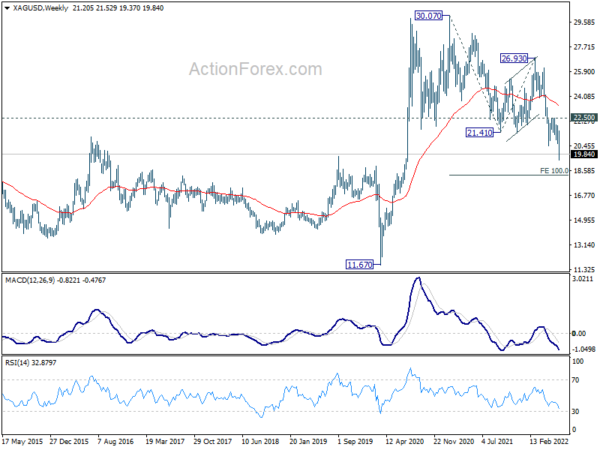 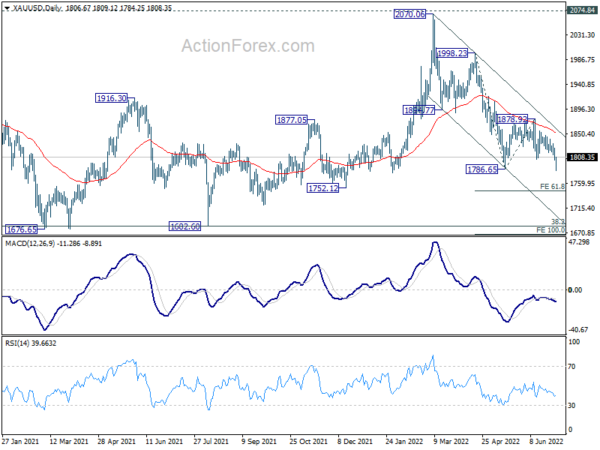 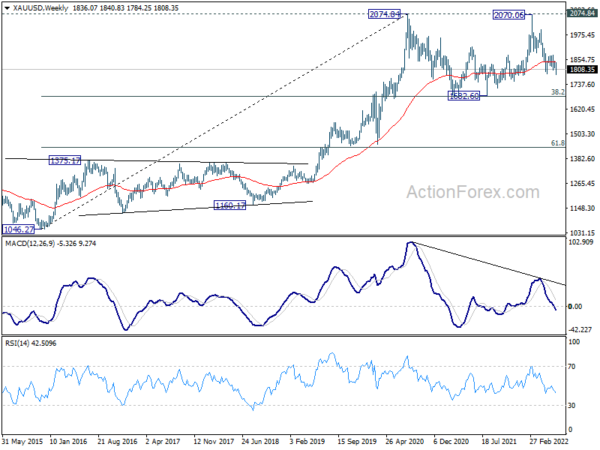 AUD/USD’s down trend from 0.8006 resumed last week and dropped to as low as 0.6762. Strong support could still be seen from 0.6756/60 cluster support to bring rebound. On the upside, above 0.6918 resistance will indicate short term bottoming, and turn bias back to the upside for 0.7282 resistance. However, sustained break of 0.6756/60 will carry larger bearish implication and target 0.6461 fibonacci level next. 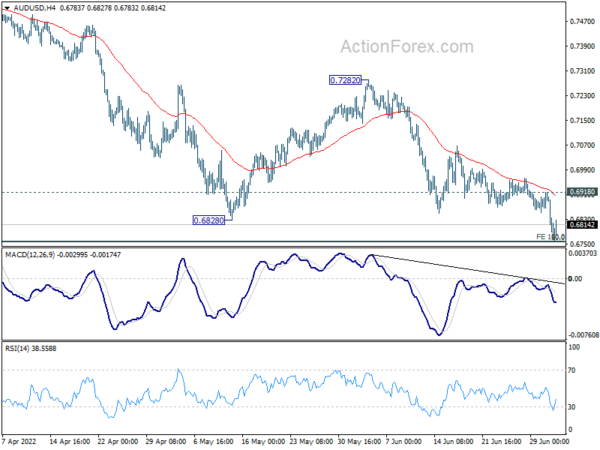 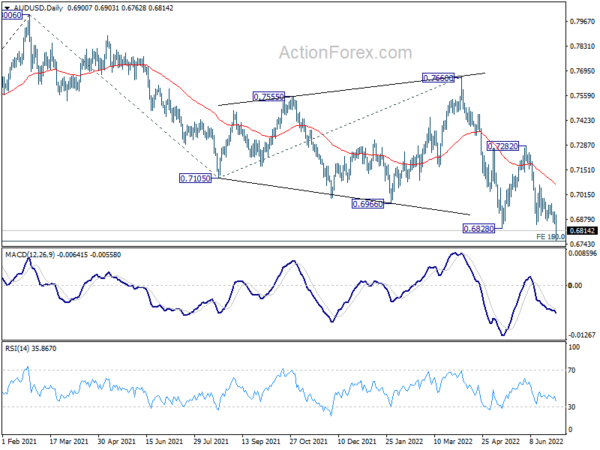 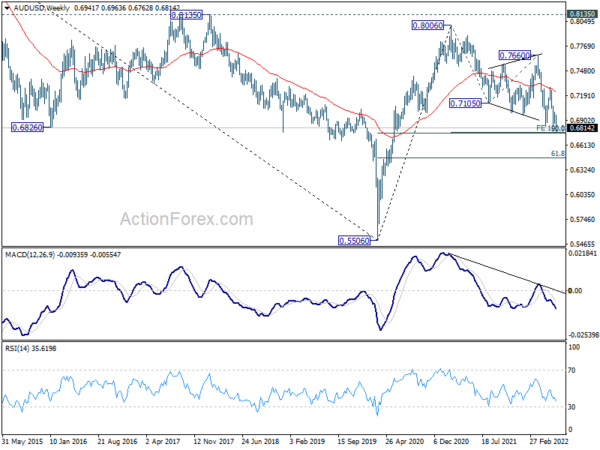 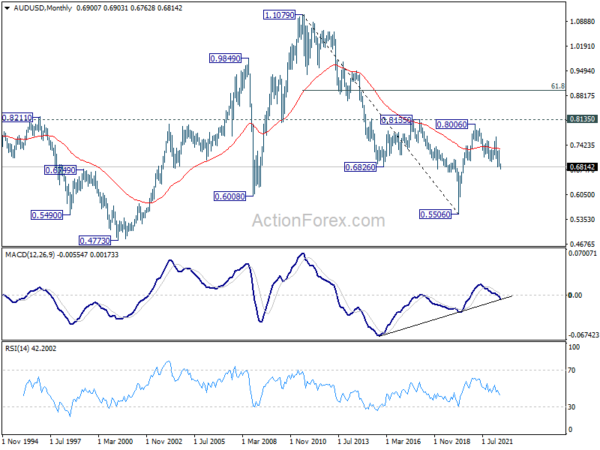 DeFi platform Oasis to block wallet addresses deemed at-risk
Consumers expect inflation to slow down, a big win for the Fed
NASDAQ index trades above the Monday high
EURGBP keeps a lid on the pair against its 100 day MA
USDJPY has 3 key technical levels that have stalled the rally higher today