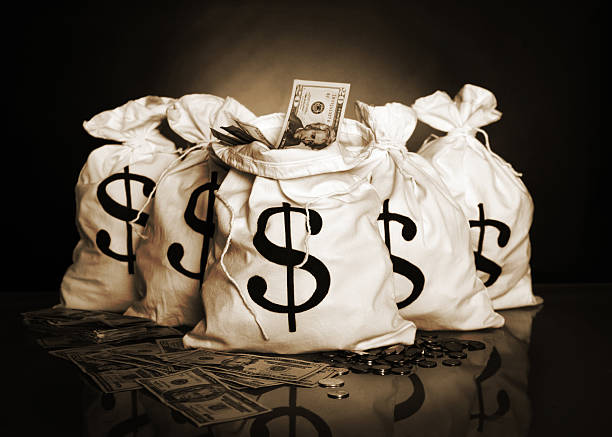 Swiss Franc remains the runaway leader for the week so far. Dollar and Canadian are competing for the second place. On the other hand, New Zealand Dollar is the worst, followed by Sterling and then Euro. Yen is mixed for now. Overall market sentiment is indecisive with stocks lacking follow through buying to the near term rebound. Treasury yields are also extending sideway trading. Gold turns softer but stays bounded in familiar range.

Technically, EUR/CHF’s breach of 0.9970 low suggests long term down trend resumption. GBP/CHF is in downside acceleration. The first question is, whether that would eventually translate into break of 1.0358 support in EUR/USD, or 1.1932 support in GBP/USD, or both. The second question is, whether EUR/GBP will stay range bound or find a way to breakout. The interplays are worth a watch. 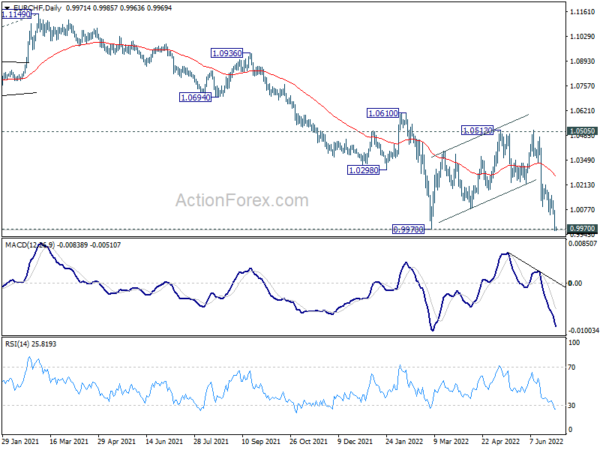 Japan industrial production dropped -7.2% mom in May, much worse than expectation of -0.3% mom. That was also the worst contraction in two years, since the -10.5% mom decline in May 2020.

Nevertheless, manufacturers surveyed by the Ministry of Economy, Trade and Industry (METI) expected output to rebound 12.0% in June, followed by a 2.5% expansion in July.

“Even though the manufacturing sector continued to recover this month, 49.3 percent of the companies reported orders were insufficient,” said Zhu Hong, senior statistician at NBS. “Soft market demand is still the main problem facing the manufacturing industry.”

ANZ said: ” For now, supply-side issues remain firms’ biggest problems: finding skilled labour, costs, and wages being the top three. The RBNZ needs those problems to ease, and weakening demand to move up the charts. That’s what’s required to bring inflation pressure down.

“Of course, weaker demand might ease the overtime, but it’s unlikely to enhance profitability. That moment of happy equilibrium between demand and supply may prove fleeting, with the RBNZ entirely willing to incur the risk of a hard landing to ensure the long-term structural health of the economy in terms of well-anchored inflation expectations.”

Later in the day, Canada will publish GDP. US will release jobless claims, personal income and spending with PCE inflation, and Chicago PMI. 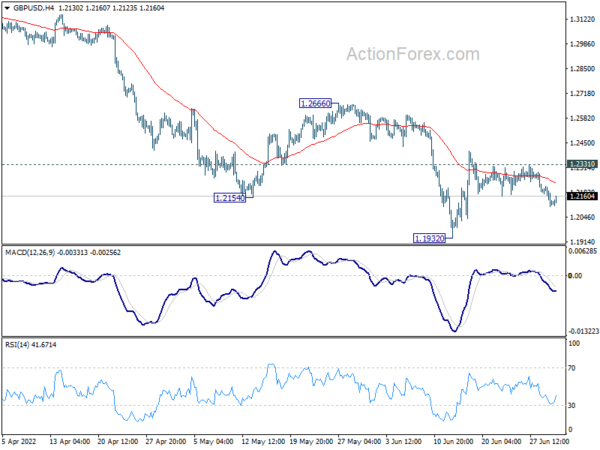 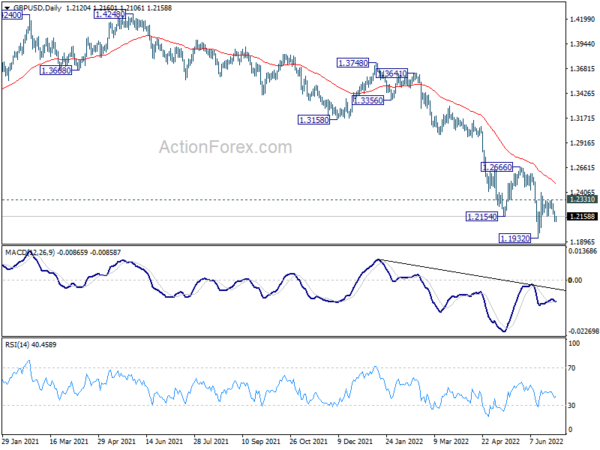 Oil retreats on chance of Iran supply boost
Jim Beam maker says some customers trading down, others still paying more for high-end liquor
Forexlive Americas FX news wrap:USD moves higher as flows shift from other currencies
GBP/USD: Break below 1.2110 to open up the 1.20 mark – BBH
Cash withdrawals in the UK soar as Brits grapple with the rising cost of living