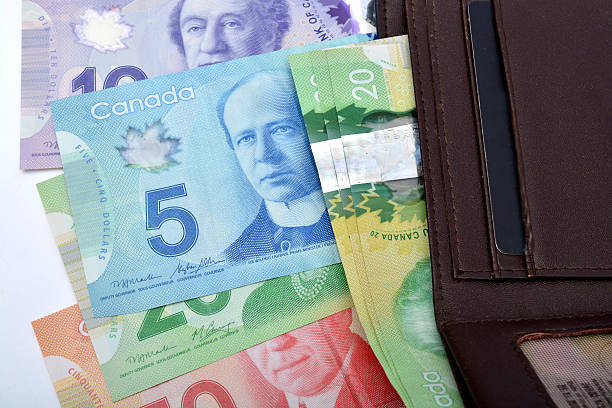 Canadian Dollar and Swiss Franc continue to be the stronger ones in subdued trading. Euro and Dollar and trailing for now. On the other hand, Aussie and Kiwi are still the underperformer, despite recovery attempt in Asian session. Stock markets are also sluggish while gold and oil are range bound. Focuses will turn to ECB forum today, with attention particularly on Chief Economist Philip Lane’s session.

Technically, USD/CAD’s breach of 1.2859 minor support now argues that it’s at least in a deeper correction to rise from 1.2516. To gauge CAD’s strength, eyes will also be on whether EUR/CAD would break through 1.3518 minor support, and head back towards 1.3383/3387 support zone. 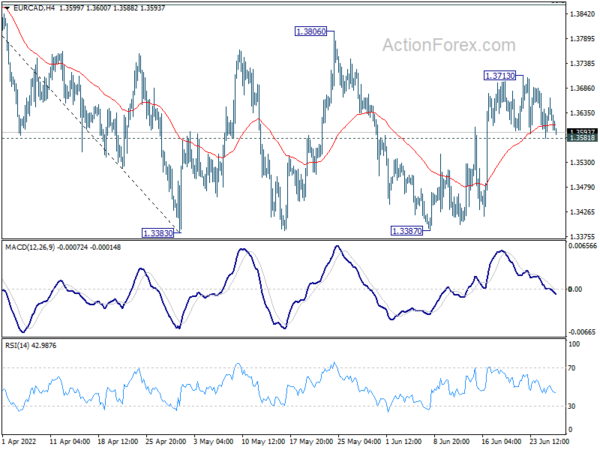 Swiss Franc is trading as the strongest one for the month so far. It was boosted by SNB’s surprised 50bps rate hike earlier. Also, latest data showed that total level of the central bank’s sight deposits fell by CHF -3.37B to CHF 748.46B last week, the biggest drop since early 2012. That’s seen as a sign that SNB had halted interventions in stopping Franc’s appreciation. 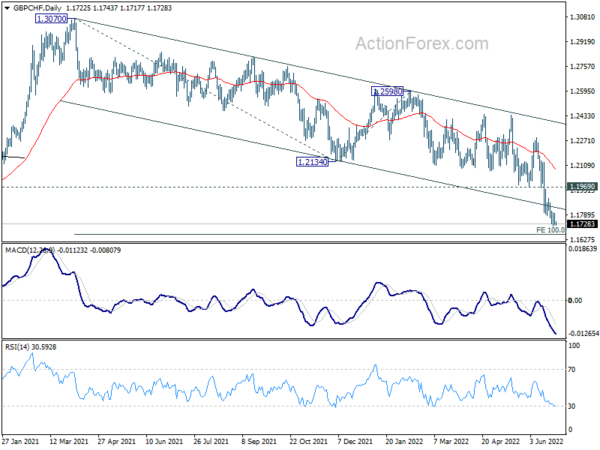 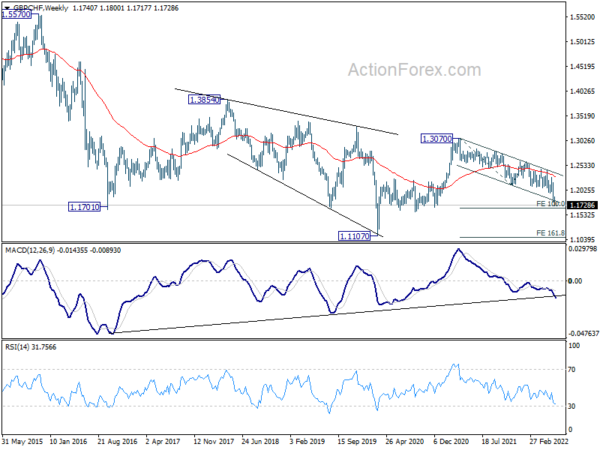 While bitcoin stabilized after the selloff earlier this month, there is little momentum for a sustainable recovery. 20k handle is still looking vulnerable. The massive selling by miners are not giving bitcoin much help.

According to a Reuters report, the number of coins miners are sending to crypto exchanges has been steadily climbing since June 7. MacroHive’s researchers noted that  “miners have been increasingly liquidating their coins on exchanges.” Also, according to Arcane Research, several publicly listed bitcoin miners collectively sold more than 100% of their entire output in May.

At this point, outlook in bitcoin will remain bearish as long as 25083 support turned resistance holds. Current medium term down trend could target 13855 long term support (2019 high), before forming a realistic bottom. 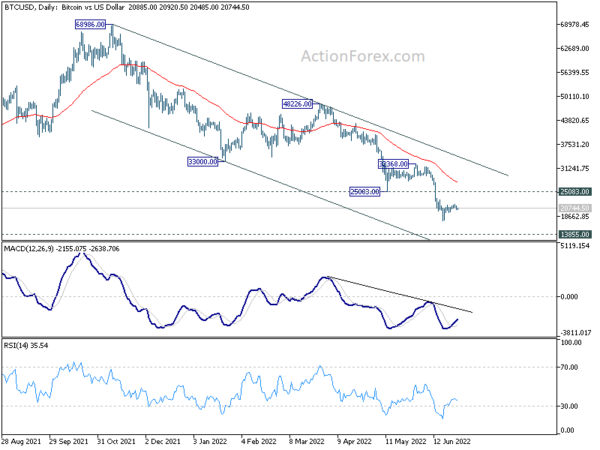 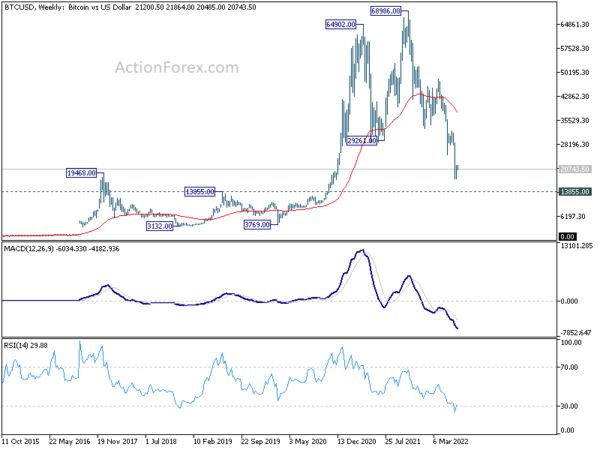 Break of 1.2859 minor support suggest that deeper correction is underway in USD/CAD. Intraday bias is back on the downside for 55 day EMA (now at 1.2789. Sustained break there will target 1.2516 support next. On the upside, break of 1.3077 and sustained trading above 1.3022 fibonacci level will carry larger bullish implications, and bring up trend resumption. 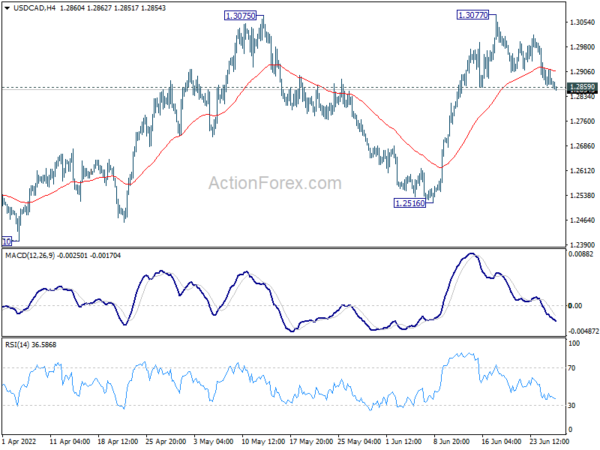 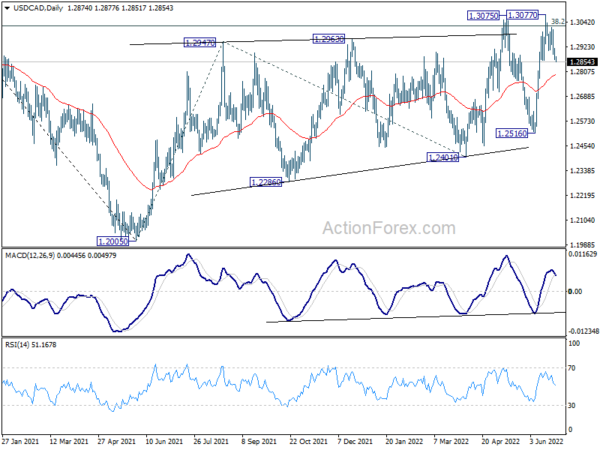