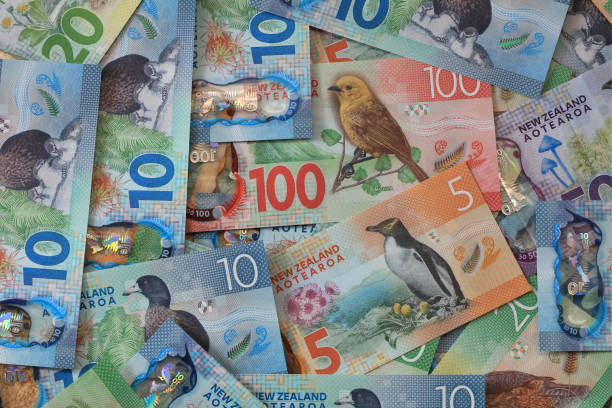 Technically, NZD/USD dips slightly after failing to stand above 4 hour 55 EMA again today. Overall development suggests that recovery from 0.6195 is merely a corrective move and outlook stays bearish. Break of 0.6286 minor support will likely resume larger down trend through 0.6195 low. Though, bring of 0.6395 will bring stronger rise back to 0.6575 structural resistance. 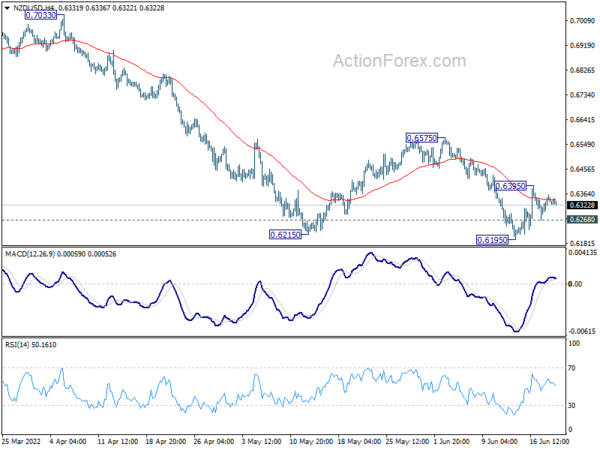 ECB Chief Economist Philip Lane said yesterday, “we have very high inflation rates now, and clearly we could be in a world where inflation psychology is taking hold.”

He added that monetary policy normalization is “appropriate” with “clear and robust” initial steps. That is, ECB will be stopping asset purchases, raise interest rate by 25bps in July, and again in September. Though, the size of the September hike is undecided. As for further steps, they will be state-contingent (gradualism, optionality, flexibility, data-dependency).

RBA Lowe: Going to be some years before inflation back in target range

He also emphasized, “as we chart our way back to 2 per cent to 3 per cent inflation, Australians should be prepared for more interest rate increases.”

“In the next month or so, we’ll be doing a full forecast update, but it’s going to be some years, I think, before inflation is back in the 2-3 per cent range, he added.

“I don’t see a recession on the horizon,” Lowe said. “If the last two years has taught us anything, it’s that you can’t rule anything out. But our fundamentals are strong, the position of the household sector is strong, and firms are wanting to hire people at record rates. It doesn’t feel like a precursor to a recession,” he said.

New Zealand Westpac consumer confidence dropped sharply from 92.1 to 78.7 in Q2. That’s the lowest level on record, and well below long-term average at 110.2.

Westpac said: “The pressure on household finances and sharp fall in confidence reinforces our expectations for a downturn in household spending – and economic growth more generally – over the coming months”.

“The RBNZ’s own projections show the cash rate rising to 3.9%, while financial markets have started to price in the chance that it could go as high as 4.5%…

“If there is a more abrupt slowdown in spending than the RBNZ anticipates, then it’s likely that increases in the cash rate will be more measured.”

Kishida also said, “monetary policy affects not just currency rates, but the economy and smaller firms’ businesses. Such factors must be taken into account comprehensively.”

Separately, Finance Minister Shunichi Suzuki said, “I’m concerned about the rapid yen weakening seen recently.” He added that the government will “closely liaise” with BoJ on watching the exchange markets with “even greater sense of urgency”.

“We will respond appropriately if necessary while keeping close communication with currency authorities from other countries,” Suzuki said.

Swiss trade balance and Eurozone current account will be release in European session. Later in the day, Canada retail sales will take center stage. US will release existing home sales. 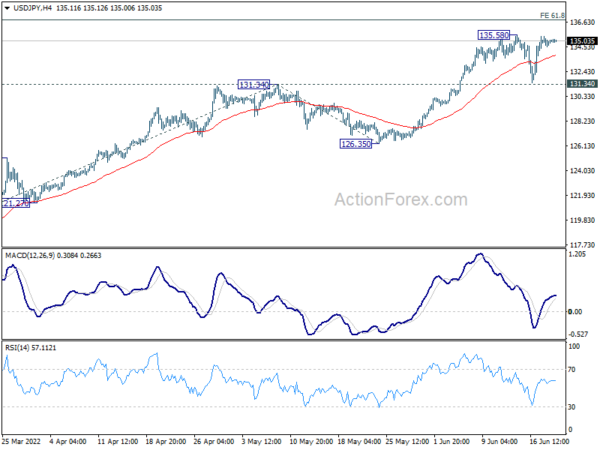 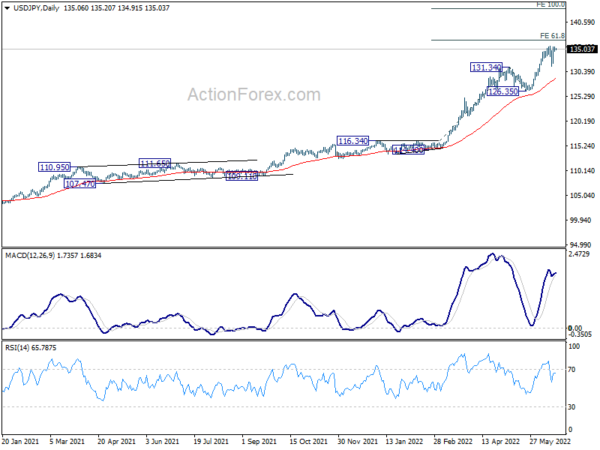