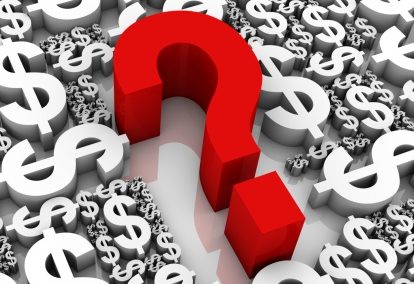 Dollar turns softer in early US session after much worse than expected jobless claims data. Euro is closely following as next weakest and then Swiss Franc. On the other hand, Australian Dollar is extending post-job data gains. Canadian Dollar is also firm on oil prices. Yen is mixed for the moment as European stock markets are mixed while US futures point to mild recovery at open.

Technically, AUD/CAD appears to be bottoming at 0.8974, just ahead of 0.8969 low, on bullish convergence condition in 4 hour MACD. Further break of 0.9126 resistance should confirmation completion of fall from 0.9301 and bring stronger rise back to this resistance level. If that happens, that would be a signal of a turn in tide between Aussie and Loonie. Also, that could give additional lift to AUD/USD for rising through 0.7313 resistance. 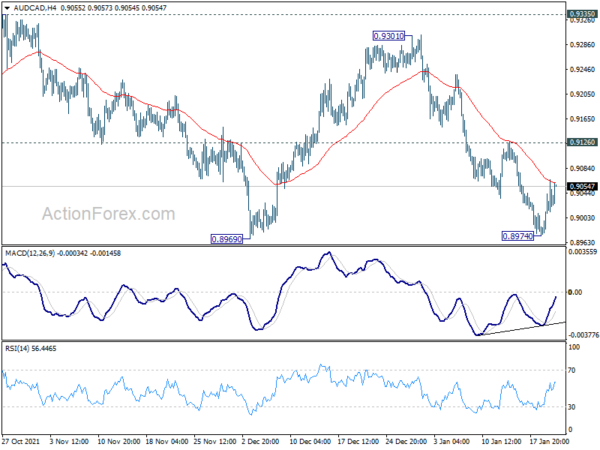 US jobless claims rose sharply by 55k to 286k

US initial jobless claims rose sharply by 55k to 286k in the week ending January 15, well above expectation of 215k. Four-week moving average of initial claims rose 20k to 231k.

In the accounts of ECB’s December 15-16 meeting, Governing Council members concurred that the “recent and projected near-term increase in inflation was driven largely by temporary factors that were expected to ease in the course of 2022. ” However, it was also “cautioned” that a “‘higher for longer’ inflation scenario could not be ruled out.”

Thus, ECB should “communicate clearly that it was ready to act if price pressures proved to be more persistent and inflation failed to fall below the target as quickly as the baseline projections foresaw.” On the other hand, concerns were also expressed about “premature scaling back of monetary stimulus and asset purchases.”

A “large majority” of members agreed with the policy changes, including scaling back the pace of PEPP purchases in Q1, extend the PEPP reinvestment horizon until at changes end of 2024, increase APP net purchases temporarily.

But some couldn’t support the overall package on some reservations on “recalibration of APP purchases and the extension of the minimum PEPP reinvestment period, as well as the statement about flexibility in future asset purchases beyond the confines of the specific circumstances of the present pandemic.”

ECB Lagarde: We have every reason not to act like Fed on inflation

“The cycle of the economic recovery in the U.S. is ahead of that in Europe. We thus have every reason not to act as rapidly and as brutally that one can imagine the Fed would do,” she said.

Nevertheless, she added, “we have started to react and we obviously are standing ready, to react by monetary policy measures if the figures, the data, the facts demand it.”

Bjorn Jarvis, head of labour statistics at the ABS, said: “The latest data shows further recovery in employment following the large 366,000 increase in November. This provides an indication of the state of the labour market in the first two weeks of December, before the large increase in COVID cases later in the month.” 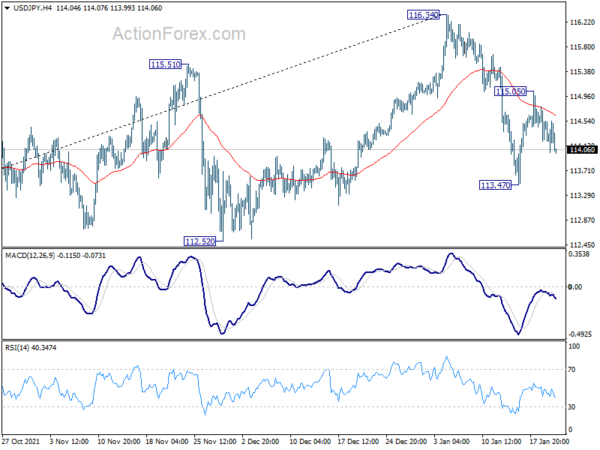 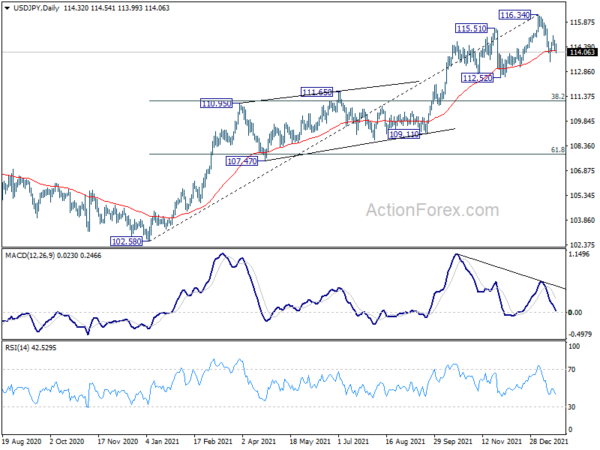