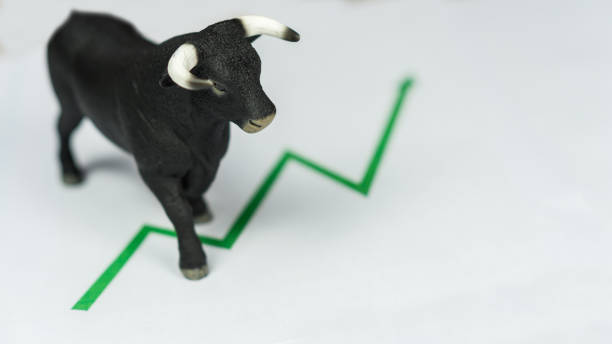 Dollar and Yen are trading slightly softer in Asian session today, as markets are back on full risk-on mode. S&P 500 and NASDAQ hit new record after US President Joe Biden struck an infrastructure deal with a bipartisan group of senators. Asian stocks also trail higher. Commodity currencies rise in general as led by New Zealand Dollar. Focuses will turn to US PCE inflation today, but that’s unlikely to alter the path of the markets much. 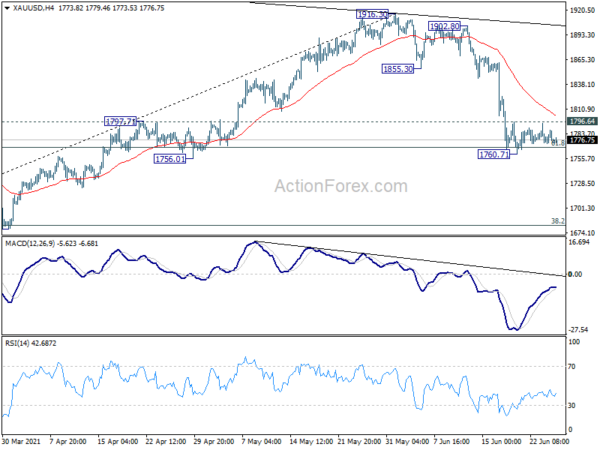 Fed Barkin: Near term inflation pressure to ease into Q4

Richmond Fed President Thomas Barkin said yesterday that “we are in the middle of a temporary adjustment cycle during which workers will return to the workplace and schools open and fiscal payments expire and suppliers catch up with demand.” Near-term inflation pressure is expected to “ease as we go into the fourth quarter,”

“I think the last 30 years of relative price stability has got to outweigh a few months of pressure, but one can never be too careful,” Barkin added. “That is why the Fed has started the process of discussing normalization” of its policy stance.”

Fed Harker: US economy roaring back but jobs still down significantly

Philadelphia Fed President Patrick Harker said in a speech that US economy is “by and large” in good shape overall. GDP has come “roaring back”, consumption, housing, and manufacturing are “extremely healthy”, while workers’ incomes are rising.

However, “even as GDP has almost entirely recouped its losses from last year, employment remains down significantly,” he added. “We still have nearly 7.6 million fewer people working than we did before the pandemic. And if you assume we would have maintained our prepandemic job growth of around 200,000 jobs a month had COVID-19 never arrived, we’re really down around 10.6 million jobs.”

UK Gfk consumer confidence was unchanged at -9 in June, below expectation of -7. Joe Staton, Client Strategy Director GfK, says: “While the shifting sands of an end to lockdown might be the closest most of us get to a summer beach holiday, consumer confidence remains stable at -9 after 16 months of a COVID-induced roller-coaster. A repetition of last month’s score doesn’t mean confidence is about to nose-dive. The upwards trajectory for the Index since the dark days at the start of the pandemic is currently still on track.”

Japan Tokyo CPI core improved to 0.0% yoy in June, up from -0.2% yoy, above expectation of -0.1% yoy. Looking ahead, Germany Gfk consumer confidence and Eurozone M3 money supply will be released. Later in the day, US will release personal income and spending, together with PCE inflation. 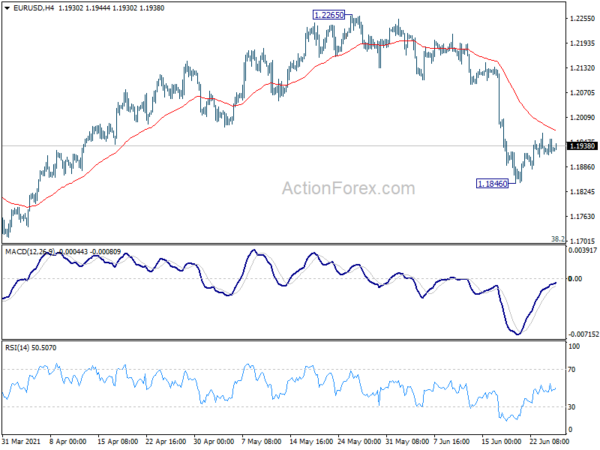 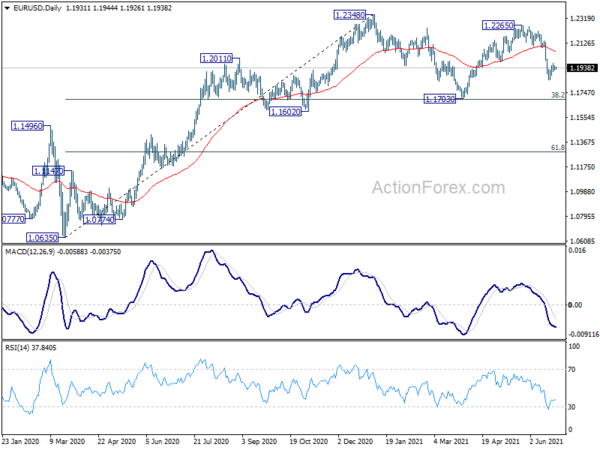