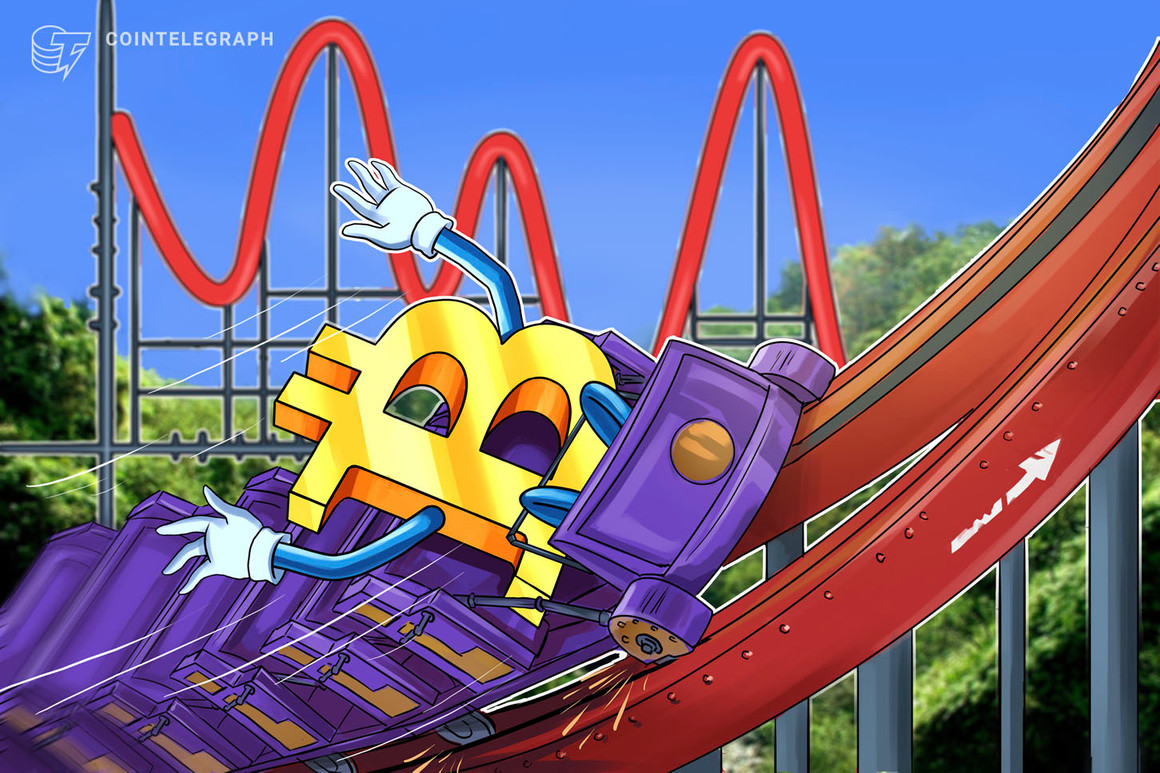 Bitcoin’s hashrate has fallen to its lowest levels since early November as mining operations in China start unplugging.

Bitcoin’s network hashrate, a measure of its computational horsepower, has slumped 46% since its peak level in mid-May. According to Bitinfocharts, Bitcoin hashrate is currently 91.2 EH/s (quintillion hashes per second), close to half of its 171.4 EH/s high posted less than six weeks ago.

Bitinfocharts has also reported a drop in mining profitability from a peak of $0.449 USD per day per terahash per second to current levels of $0.226 over the same pe.

BTC hashrate has not been this low for 8 months, last creeping below 90 EH/s on November 3, 2020. A higher hash rate means greater competition among miners to validate new blocks, also increasing the scale of resources required to perform a 51% attack and thus making the network more secure.

The slump in hashrate and mining profitability is due to the ongoing crackdown from Chinese authorities on Bitcoin mining facilities across the country. Over the weekend, images of major mining pools in China’s Sichuan province being shut down were shared across social media.

On June 18, authorities in Ya’an City — a prefecture-level city in the western part of Sichuan — ordered local Bitcoin mining operations to shut down. In late 2019, CoinShares estimated that Sichuan hosted more than half of global hash rate, attracting miners with its cheap and seasonally abundant hydropower.

On June 12, Yunnan provincial authorities also issued a notice ordering an investigation into the alleged illegal use of electrical power by individuals and companies involved in Bitcoin mining.

According to a CNBC report published June 15, Castle Island Ventures partner Nic Carter noted Bitcoin’s hashrate was dropping, speculating: “it appears likely that installations are being turned off throughout the country.” In early May, Cointelegraph reported that there were already signs that Bitcoin hashrate was starting to leave China.

Carter predicted at least half of Bitcoin’s entire hashrate will leave China over time.

North America, particularly the state of Texas, has become one of the top destinations for what has been dubbed the “great mining migration” due to favorable legislation and an abundance of low-cost renewable energy.