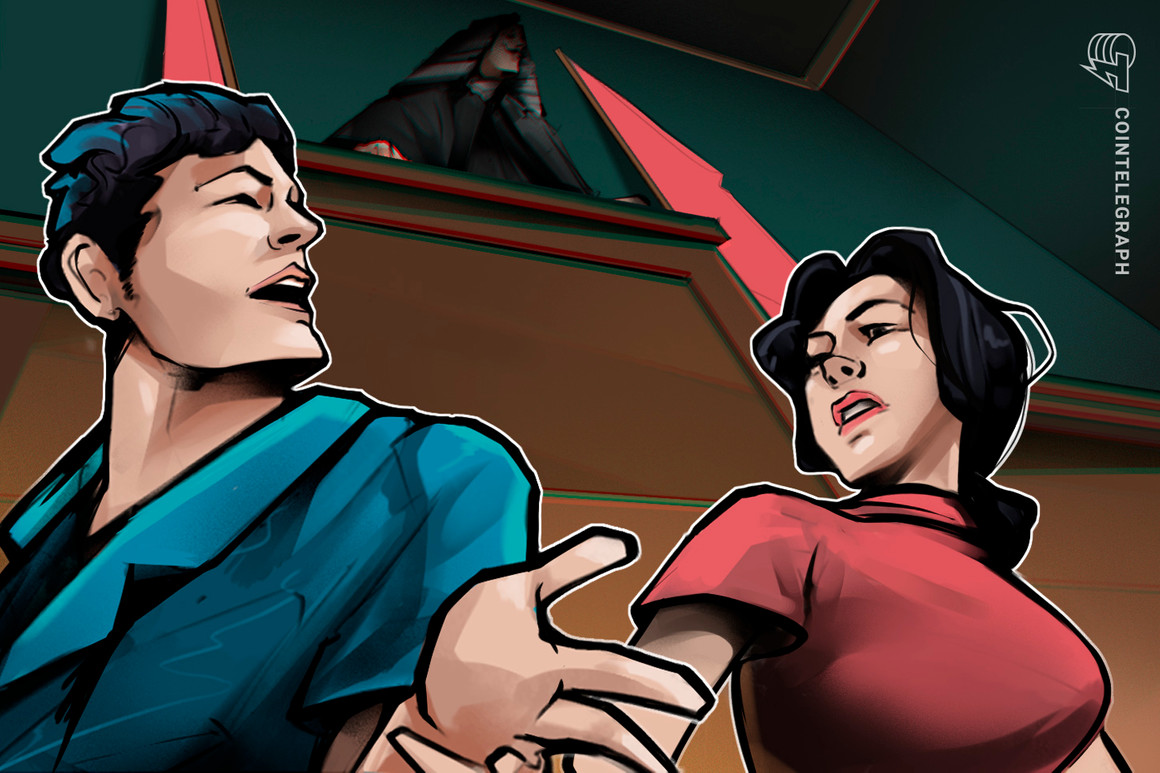 “Curve has proven incredibly popular, with over $10B deposited, hundreds of millions in daily volume, and around $1M/week in earnings to veCRV holders. This places it among the top of all exchanges in crypto today, even rivaling publicly-traded CEX’s,” the post reads. “[…] Those CEX’s protect their IP on behalf of their shareholders and there is no reason why Curve, just by virtue of its DAO organization, should not protect itself for the benefit of veCRV holders too.”

The target of the IP enforcement in this case would be Saddle. Saddle — which the official Curve Twitter handle characterized as a “line-by-line translation from one language to another,” potentially a violation of Curve’s license — launched in January this year to significant fanfare and with major VC backing. It also enabled a handful of wild arbitration trades on the day of launch, which some characterized as an exploit.

Some observers immediately griped that, much like Uniswap v3’s business licenses, such an action would not be consistent with DeFi’s open-source ethos.

However, Sam Miorelli, a cybersecurity specialist by day and a budding protocol politician by night who authored the proposal, argues that protecting the value of intellectual work is a fundamental right:

“IP is an important part of hundreds of years of innovation in literally every aspect of society and the economy. Decentralization doesn’t change that creators have a natural right (protected by law in effectively every jurisdiction) to the fruits of those creations.”

While Saddle has been live for nearly six months and has largely failed to eat into Curve’s TVL (Curve is currently the 2nd-largest DeFi protocol with $10.49 billion in total value locked, while Saddle sits at just under $59 million), part of what spurred Miorelli into action may be a major depositor taking their pools to Saddle.

When’s the first IP infringement lawsuit? As a $veCRV holder I want @CurveFinance to assert and protect its position aggressively. https://t.co/XjNE3uF7t2

Alchemix — a protocol that offers loans of synthetic assets based on future yield from assets deposited into the Yearn.Finance protocol — recently opted to start an alETH pool on Saddle, though their alUSD pool is on Curve and is the third-largest single pool on the platform. The choice was made in the context of a larger, ongoing tension between Yearn and Curve over CRV reward token emissions and dumping.

The specifics of how to move forward to protect their moat are tremendously complex, however. “Charlie,” a member of Cruve’s core team told Cointelegraph that the Curve DAO has a licence granted by Swiss Stake GmbH, while the Curve DAO itself is not a legal entity and has an open source license.

Moreover, it’s unclear if Saddle likewise holds a legal entity, if VC investors could be liable, or if trying to enforce the license would make CRV a security.

The team member who manages the Curve Twitter handle speculated that, due to these complications and the costs, moving forward may not make sense (regardless of how badly they may want to do it):

It’s also a question whether it makes sense to proceed from business perspective. Suing a top tier VC backed startup sounds extremely exciting in principle, but not when it is a worthless one

Miorelli noted that regardless of whether Curve moves forward with legal action, “a lot of DAOs need to pay more attention to this topic” because keeping “profits with a DAO instead of going to well heeled VCs, is central to the DeFi ethos – even when it takes something like courts to do it.”

Ultimately, the decision to litigate will be one about principles before possible monetary rewards, he added:

“Sometimes those rights are easy or profitable to enforce, sometimes they’re not. But profitability is a question you ask after you first decide ‘do I want to even try enforcing my rights?’ That’s the crux of my proposal: does Curve want to start that discussion?”

Solid Data Support Risk Sentiment, Dollar Struggles
Forexlive Americas FX news wrap: US stocks rally. Dollar is mixed.
Credit Suisse remain bullish AUD/USD – nominate a break above 0.7138 as the level to watch
Court to hear oral arguments in Grayscale’s lawsuit against the SEC in March
EUR/USD meets resistance around 1.0900 ahead of US docket