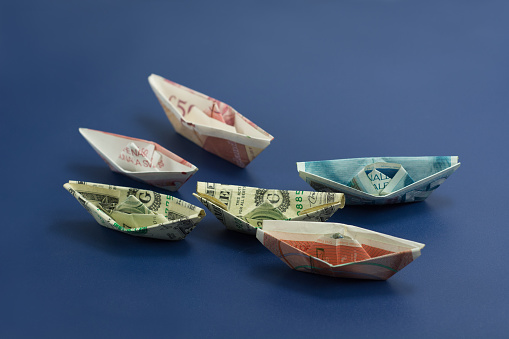 Major pairs and crosses are bounded inside yesterday’s range so far, as quiet trading continues. Dollar is mildly lower but loss is very limited, while Swiss Franc might be picking up some buying again. Stock markets are also treading water in very tight range. Nevertheless, notable weakness is seen in treasury yields. In particular, US 10-year yield is back pressing 1.5 handle entering into US session. In action to BoC, we’d also pay attention to market reactions to falling yields.

Technically, USD/CAD will be a focus today. As we mentioned in our technical outlook, the pair is pressing long term cluster support at 1.2061 (2017 low) and 50% retracement of 0.9406 to 1.4689 at 1.2048. We’d stay cautious on strong support from this level to bring reversal. Break of 1.2201 resistance will suggest short term bottoming and bring stronger, sustainable rebound. 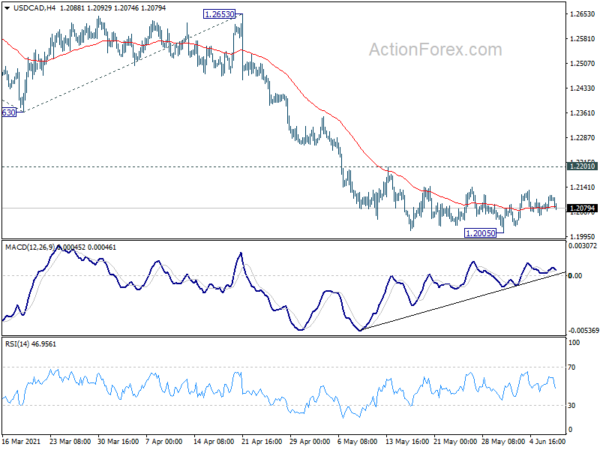 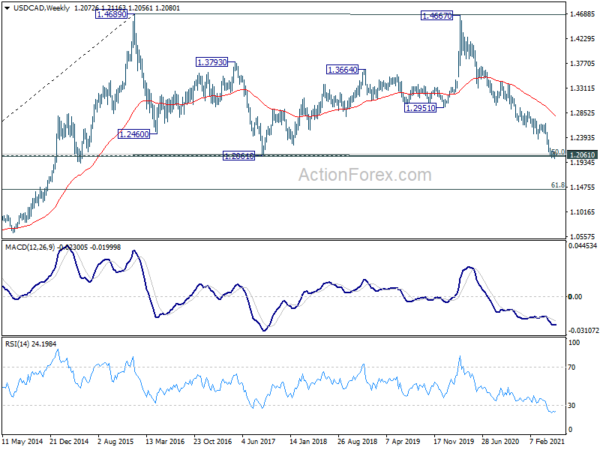 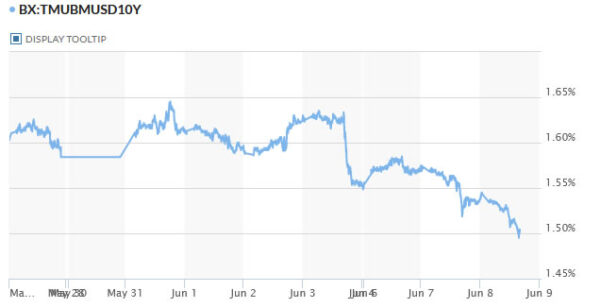 BoE Haldane: At some stage, we need to start turning off the tap

BoE Chief Economist Andy Haldane said the UK economy is “going gangbusters”, and it was “hard to find anything whose price isn’t going up at the moment”.

“It is the case that growth across the U.K. is picking up a real rate of knots, going gangbusters actually the economy just at the moment, and that’s a great thing to see,” he said.

Also, “that may mean at some stage, we need to start turning off the tap when it comes to the monetary policy support we’ve been providing.”

RBA Kent: There are good prospects for growth and increase in wages and inflation

RBA Assistant Governor Christopher Kent said in a speech that “the improvement in the economic outlook globally and in Australia has contributed to a rise in sovereign bond yields to around pre-pandemic levels.” There has been increase in inflation expectations to be “more in line with central banks’ targets”. Also expectations of short term interest rates have “increased a bit”.

But households and business continue to “benefit from record low interest rates” and their balance sheets are “in good shape”. The economy is “benefiting from supportive fiscal policy. He added, “there are good prospects for growth and an eventual increase in wages and inflation”. But the process will be “gradual” and inflation is unlikely to be sustainably within target rate “until 2024 at the earliest”.

Australia Westpac consumer confidence dropped -5.2% to 107.2 in June. The index has now fallen by -9.7% over the last two months. Westpac said the latest fall is “almost certainly due to concerns around the two-week lockdown in Melbourne.” There was a fall of -7.5% in Victoria, -4% in Queensland, -9% in Western Australia, and -10.9% in South Australia. New South Wales dropped only -1.1%.

Westpac expects RBA to decide against extending the Yield Curve Targeting from April 2024 bond to November 2024 bond. Also, RBA could announce a more flexible approach to QE, with a weekly target of AUD 5B.

ANZ said: “Shipping disruptions, rising global commodity prices, the higher minimum wage, labour shortages due to both the closed border and uneven sector growth are creating a perfect storm for the supply side of the economy at the same time as demand is holding up much more than firms (or economists!) had anticipated.

“Headline inflation is set to jump over the next six months as a result, but it’s best to focus on wage growth and inflation expectations for clues regarding when the Reserve Bank might conclude they can no longer look through inflation pressure and simply wait for temporary pressures to subside, necessitating a higher OCR.” 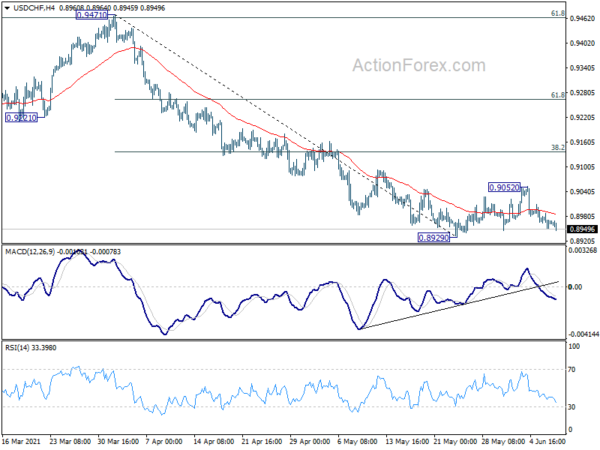 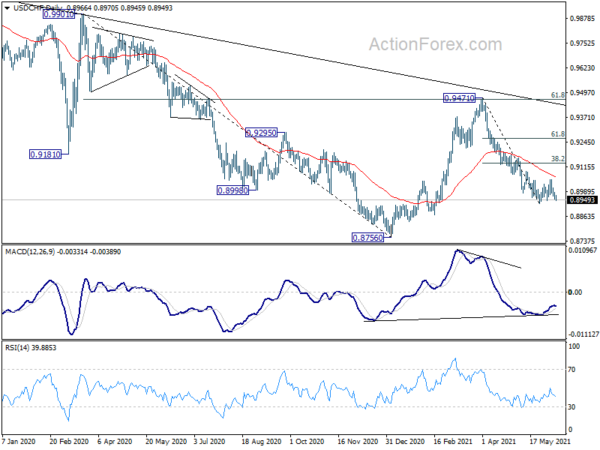 Oil prices take breather after three-day rally
Swiss Franc Staying the Strongest, Dollar and Loonie Competing for Second
The pressure on the euro continues in the second day of large declines
Experts explain how music NFTs will enhance the connection between creators and fans
US May manufacturing output revised to -0.2% from -0.1%