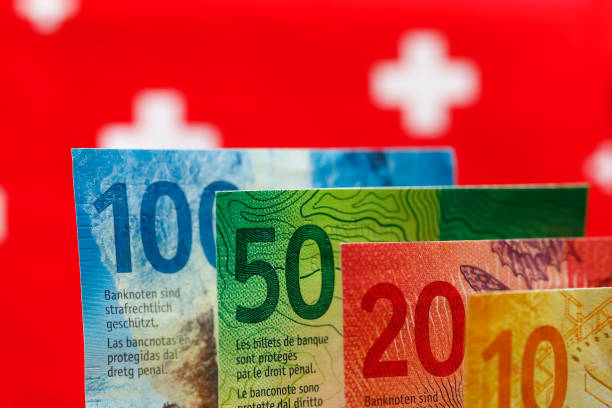 Swiss Franc jumps broadly in otherwise quiet markets today. Canadian Dollar is second strongest, then Dollar, but both are staying inside yesterday’s ranges. Sterling is currently the worst performing one, followed by New Zealand Dollar and then Yen. But the selling in the two are far from being clear. In other markets, Gold has a second attempt on 1900 handle but fails to sustain above there again. WTI crude oil is trading lower, eyeing 68 handle. Bitcoin is back below 33k handle, heading towards 30k.

Technically, EUR/CHF’s breach of 1.0915 key medium term resistance turned support suggests that downside momentum might be accelerating. Sustained break there will also carry larger bearish implication, for 1.0737 support. One focus now is 0.8929 support in USD/CHF and break will resume larger fall from 0.9471 to retest 0.8756 low. GBP/CHF’s break of 1.2674 puts focus on 1.2645 support now. Firm break there will argue that larger decline from 1.3070 is resuming through 1.2579 low. We’ll see if these three Franc pairs move lower in tandem. 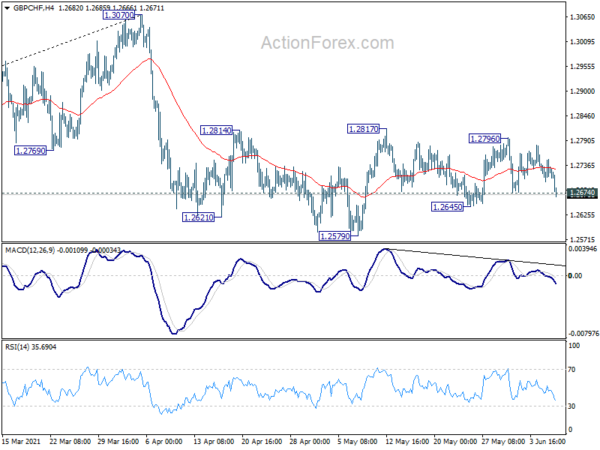 From Canada, trade balance turned into CAD 0.6B surplus in April, versus expectation of CAD 0.5B deficit.

“The economic recovery is progressing. Although the ZEW Indicator of Economic Sentiment has experienced a drop in June, it remains at a very high level. The decline in expectations is probably largely due to the considerably better assessment of the economic situation, which is now back at pre-crisis levels. The financial market experts therefore continue to expect a strong economic recovery for the next six months,” comments ZEW President Professor Achim Wambach on current expectations.

NAB said: “Overall, this was another very strong read for the business sector – and forward indicators point to ongoing strength in the near-term. This is a pleasing result coming after last week’s national accounts which showed that the economy has now surpassed its pre-COVID level. The economy now appears to be entering a new period of growth after a very rapid rebound”.

Economy Minister Yasutoshi Nishimura said after the release that consumption spending is expected to return ahead. “If infections subside, there’ll be pent-up demand from not having been able to go eating out or travelling,” he said. 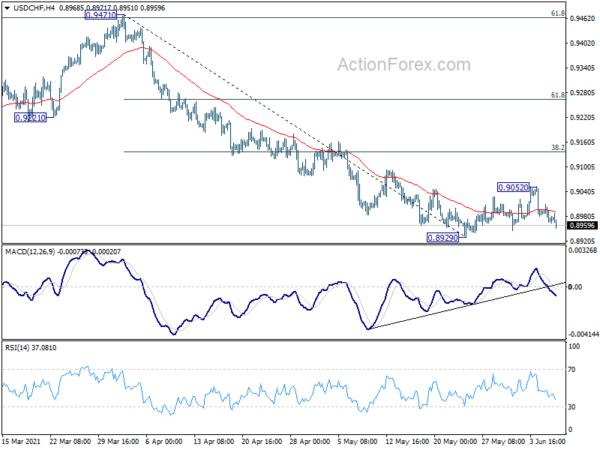 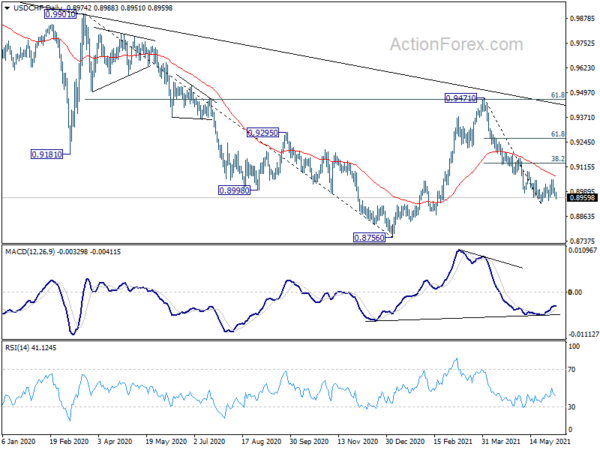