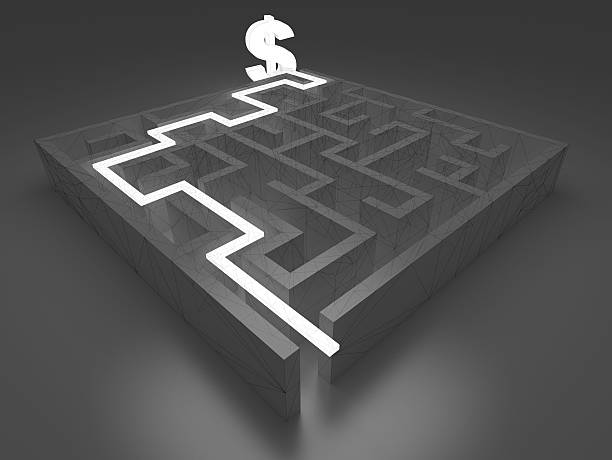 Technically, current development suggests that Dollar’s down trend is still intact, and should resume sooner or later. But some near term levels need to be taken out first. The levels include 1.2269 resistance in EUR/USD, 0.7772 resistance in AUD/USD, 1.4248 resistance in GBP/USD, 0.8929 support in USD/CHF and 1.2005 support in USD/CAD. Preferably, we’d also want to see break of 108.55 in USD/JPY to confirm broad based weakness in Dollar, when the selloff resumes.

NAB said: “Overall, this was another very strong read for the business sector – and forward indicators point to ongoing strength in the near-term. This is a pleasing result coming after last week’s national accounts which showed that the economy has now surpassed its pre-COVID level. The economy now appears to be entering a new period of growth after a very rapid rebound”.

Economy Minister Yasutoshi Nishimura said after the release that consumption spending is expected to return ahead. “If infections subside, there’ll be pent-up demand from not having been able to go eating out or travelling,” he said.

Gold breached 1900, but struggles to stay above again

Gold’s rebound from 1855.30 resumed overnight and edged higher to 1903.19. But for now, it struggles to stay above 1900 handle again and retreated. Upside momentum is also a bit unconvincing. While further rise is in favor as long as 1881.37 minor support holds, current momentum doesn’t warrant a firm break of 1916.30 high yet. 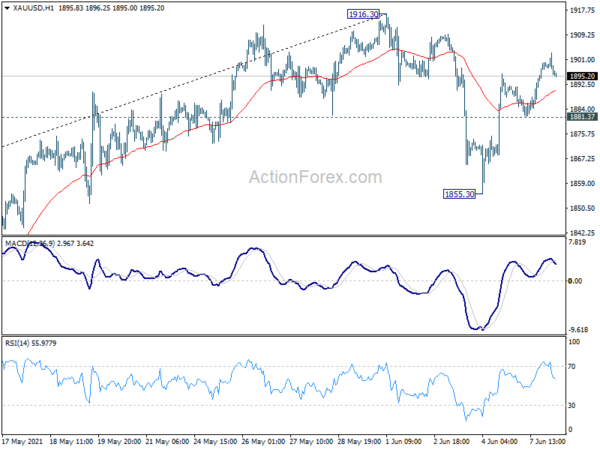 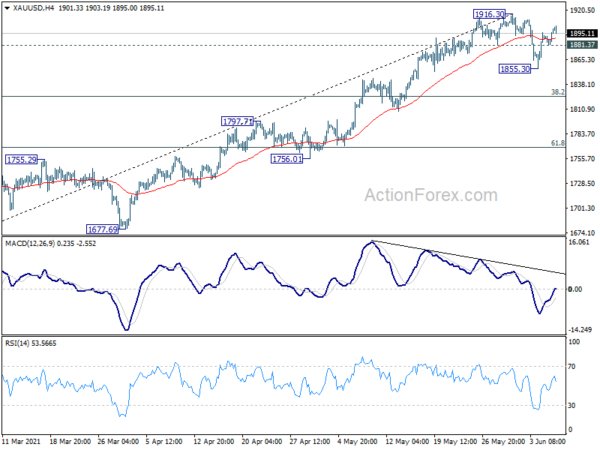 German ZEW economic sentiment will be the main focus in European session. Germany industrial production, France trade balance and Italy retail sales will be featured too. Eurozone will release Q1 GDP revision. Later in the day, US and Canada will release trade balance. 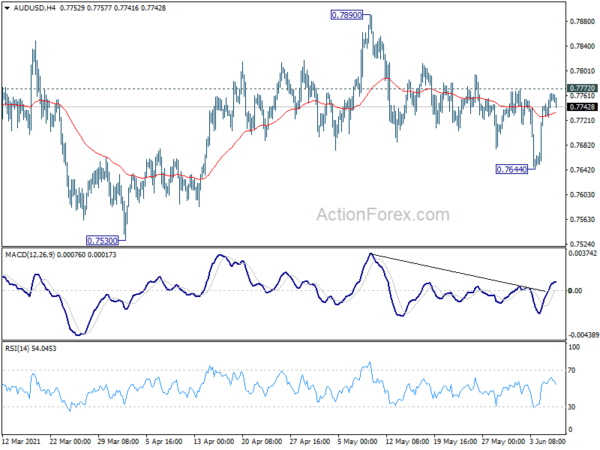 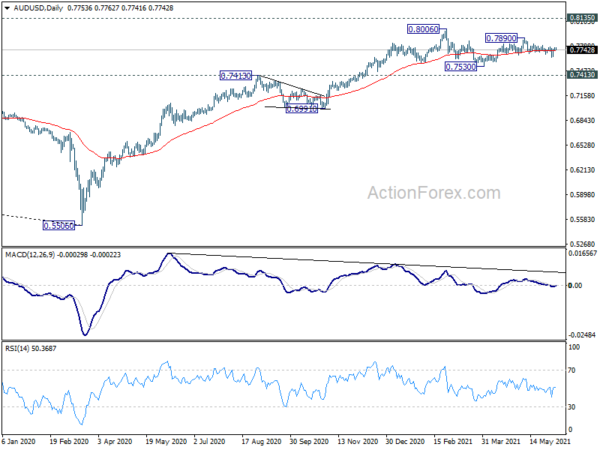