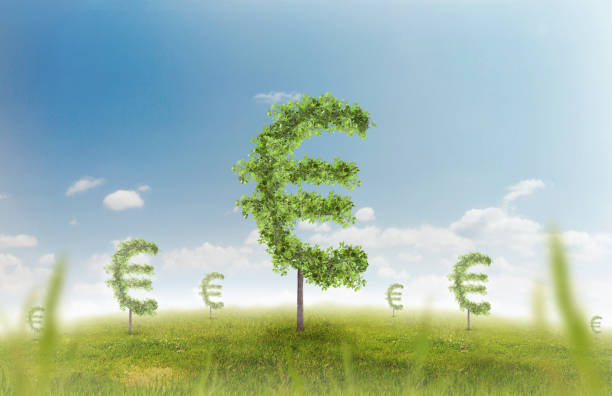 Markets are generally staying in consolidative mode today, with subdued movements. Sterling is trading mildly lower, followed by Aussie, and Dollar. New Zealand Dollar firms up mildly after initial dip. Euro and Swiss Franc are also stronger, helped by buying against the Pound. Gold is struggling in range below 1900 handle, but looks ready to extend recent rise. The volatile bitcoin is back above 38k handle, as sideway trading continues.

Technically, some focus is back on EUR/USD as it recovers after drawing support from 4 hour 55 EMA. Break of 1.2244 will resume recent rally to retest 1.2348 high. EUR/JPY might also follow higher, with eyes on 133.42 resistance. Break will resume larger up trend. The question is whether such moves, if happen, would spread to selling in Dollar and Yen elsewhere.

According to a survey by the National Association of Business Economists, US GDP is estimated to growth by 8.5% annualized in Q2, much higher than March survey median forecast of 5.2%. The median real GDP growth estimate for the whole 2021 is 6.7%, compared to March forecast of 4.8%. Respondents expected inflation to accelerate strongly in 2021, before cooling in 2022. CPI is forecast to be 2.8% yoy in Q4, 2021. Core PCE inflation is expected to be at 2.2% in Q4 2021.

“NABE panelists expect near-term inflation pressure, but anticipate it being short-lived,” added Survey Chair Holly Wade, executive director, NFIB Research Center. “Inflation expectations moved up significantly from those in the March survey, but panelists anticipate inflation easing in the second half of 2021, with no resurgence in 2022.

BoJ Kuroda: We’re beginning to see the light at the end of the pandemic tunnel

In a speech, BoJ Governor Haruhiko Kuroda said “we are beginning to see the light at the end of this pandemic tunnel, but the light does not clearly reveal the shape of the society and economy we are approaching”.

“Given the considerable uncertainty we face, it is only natural that we will have different views on the relative importance of the issues involved and the direction our discussions should take.”

For the time being, we do not have to agree on all the details; the important thing is for participants from central banks, international institutions, and academia to present their views and share their ideas.

Electrical and electronic goods had the largest increase, up 8.4 percent followed by recreational goods, up 16 percent in the March 2021 quarter.

“Higher spending in the electrical industry coincides with falling prices for computers and phones during the first quarter of 2021,” retail business manager Sue Chapman said.

EUR/USD is staying in consolidation from 1.2244 and intraday bias remains neutral first. Further rise is expected with 1.2050 support intact. On the upside, break of 1.2244 will resume the rise from 1.1703 to retest 1.2348 high. However, break of 1.2050 will delay the bullish case. Intraday bias will be turned back to the downside to extend the consolidation pattern from 1.2348 with another falling leg. 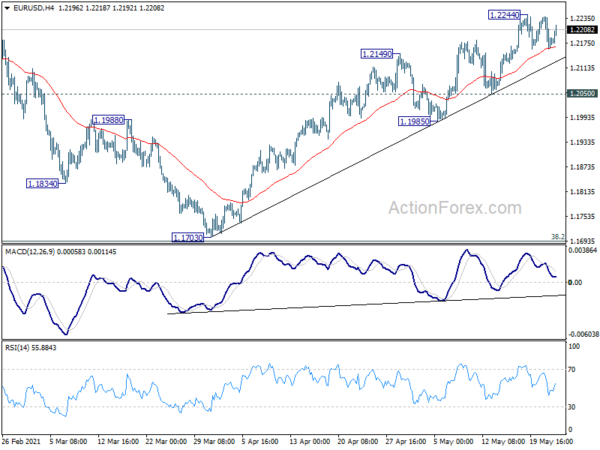 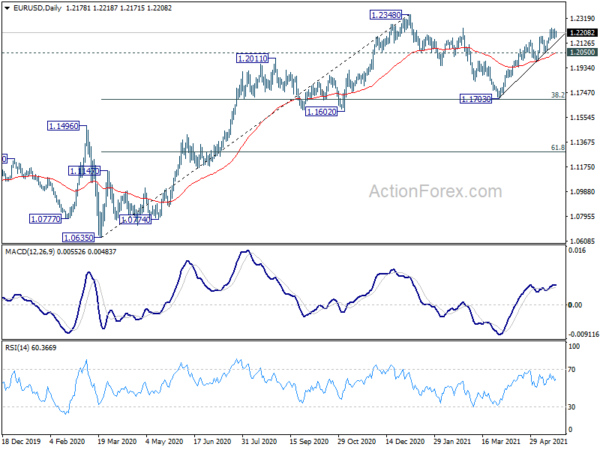