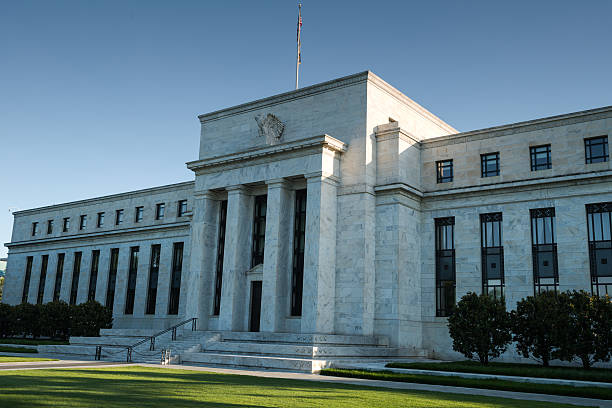 The minutes for the FOMC meeting in April revealed that policymakers discussed about QE tapering. This came in as a surprise to the market, sending USD higher and Treasury lower. Both the policy statement and the press conference of the April meeting downplayed the need of QE tapering. Recall that at the press conference, Chair Jerome Powell noted that the members had not talked about the issue and reiterated that “substantial further progress, which would take some time to achieve, was needed before tapering. The minutes, however, revealed that “a number of participants suggested that if the economy continued to make rapid progress toward the Committee’s goals, it might be appropriate at some point in upcoming meetings to begin discussing a plan for adjusting the pace of asset purchases”. “Many participants” indicated that clear communication to the public was needed in this regard.

Economic assessments were largely the same as what was presented in the policy statement. The staff upgraded its economic forecast “slightly”, expecting GDP growth to “step down” in 2022 and 2023 but still “outpace” potential over this period. The staff also expected the unemployment rate to fall to “historically low” levels. Concerning the employment situation, “many participants” were concerned that “shortages of materials and labor” and “chain bottlenecks” could restrain the pace of recovery in manufacturing and other business sectors.

Policymakers retained the view that inflation would temporarily rise above 2% in the near term, thanks to base effects and higher energy prices. In the longer term, “a number of participants” suggested that ongoing issues on supply chain bottlenecks could put upward pressure on prices “beyond this year”. “A couple of participants” warned of the risk that inflation pressures could build up to “unwelcome levels before they become sufficiently evident to induce a policy reaction”.

Overall, the minutes revealed that some members have acknowledged the need to talk about QE tapering. We believe the FOMC would continue to monitor both the employment and inflation data in coming months before more members would join this camp. Released earlier this month, the employment report was rather disappointing. Nonfarm payrolls increased +266K in April, missing consensus of a +978K addition and significantly lower than March’s +770K increase. The unemployment rate surprisingly climbed +0.1 ppt higher to 6.1%. Inflation pressure has continued to up. Headline CPI jumped to +4.2% y/y in April, form +2.6% a month ago. The market had anticipated a milder increase of +3.6%. Core CPI almost doubled to +3% y/y last month, compared with consensus of +2.3%. The disappointment of the employment data might delay the start of a solid discussion of tapering. However, if inflation continues to overshoot strongly in coming months, the members would have to adjust to a more hawkish stance.

U.S. GDP rose 2.9% in the fourth quarter, more than expected even as recession fears loom
The 2-10 year spread remains near the multi decade lows
GBP/USD retreats after facing a wall of resistance in 1.2400, slips to 1.2370s
Gold Price Forecast: XAU/USD pulls away from multi-month top, slides below $1,925 level
GBP/USD drops to 1.2300 mark amid modest USD recovery from multi-month low