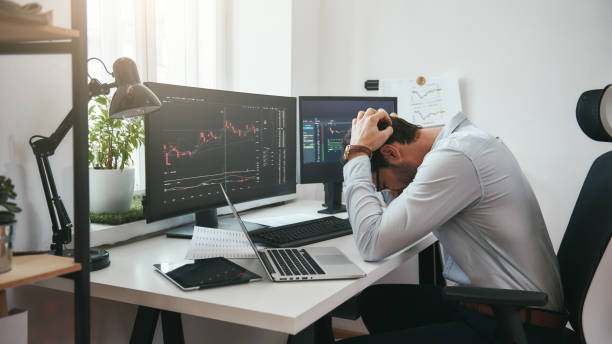 Market debates heated up last week with the influx of some US economic data. On the other hand, the concerns on overheating inflation was legitimate given the much stronger than expected headline and core CPI reading from the US. On the other hand, poor retail sales, and prior week’s non-farm payroll data, gave a nod to Fed’s patience approach. It would likely take some more months of data before judging whether inflation is there to last. In particular, could recent price hikes be embedded back into expectations, which feed back into more hikes.

Volatility in the markets was high as a result. Yet, DOW and S&P 500 stayed comfortably, and healthily, in medium term up trend after the post CPI selloff. 10-year yield also failed to ride on the intra-week rally for an upside breakout. In the currency markets, Dollar’s decline appeared to have slowed somewhat, but it’s still vulnerable to more selloff, at least for the near term. While Aussie ended as the worst performing, it’s overall development wasn’t too bearish at all. 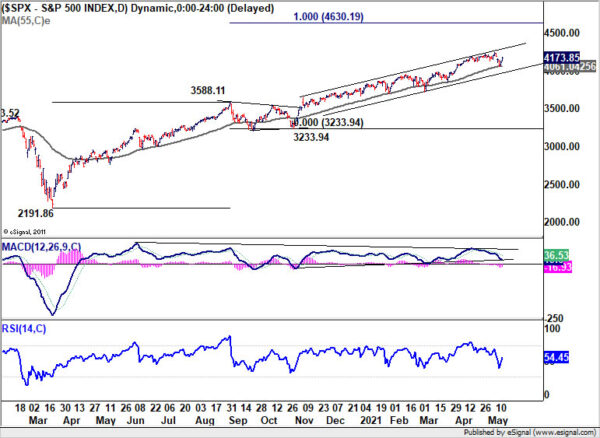 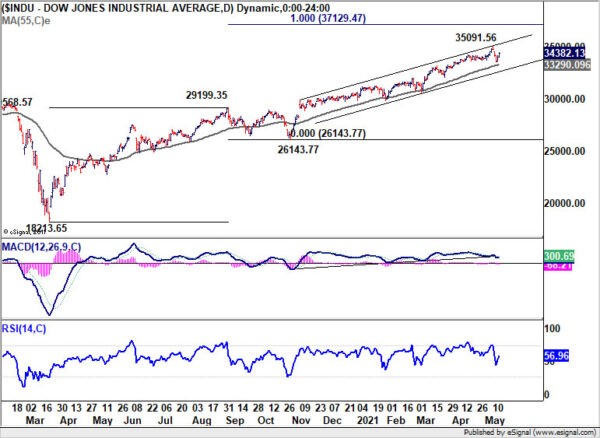 Even the underperforming NASDAQ was not too bad, as it was just extending the consolidation pattern from 14175.11 with another falling leg. Indeed, after Friday’s recovery, there is prospect that the falling leg from 14211.57 has completed. Break of 55 day EMA (now at 13544.98) this week would even argue that the up trend is ready to resume through 14211.57 high. 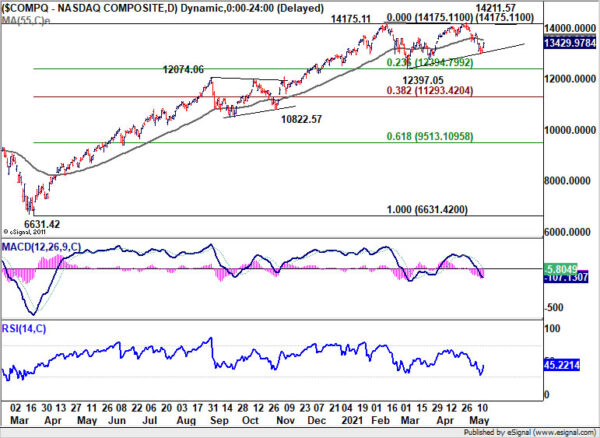 The development in treasury yields was relatively calmer than originally expected. 10-year yield looked like it’s going to take out 1.765 high with Wednesday’s fierce surge. Yet, it quickly lost momentum and settle well in recent range. Consolidation from 1.765 is now more likely to extend further sideway. Though, the bottom of the rate should be set at 23.6% retracement of 0.504 to 1.765 at 1.467. 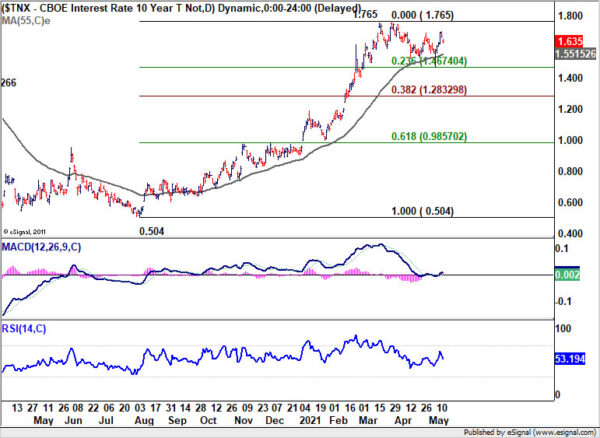 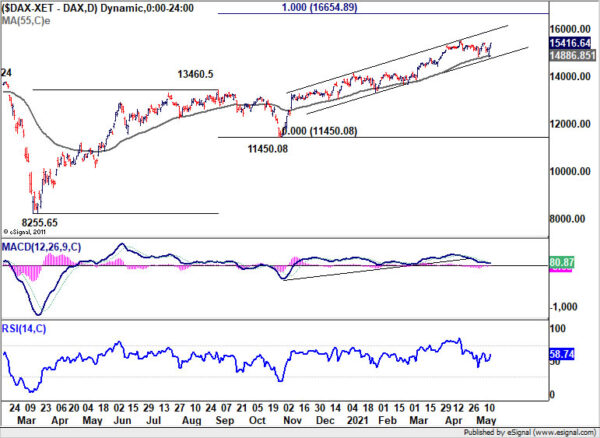 However, Nikkei’s outlook, was much worse as the long term channel support was broken with last week’s correction. Focus now is on whether global developments could lift Nikkei back above 55 day EMA (now at 28997.24) quickly. Or, the correction from 30714.53 would extend further to 38.2% retracement of 16358.19 to 30714.52 at 25230.40 before completion. If the bearish case realizes, that might in turn be a drag on Asian, and other markets. 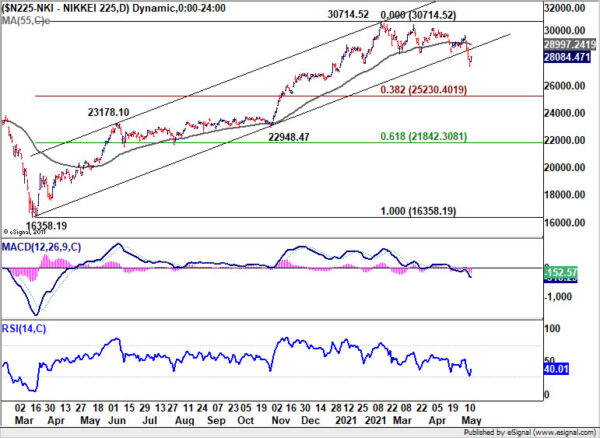 Dollar index losing some downside momentum as it approached 89.20

Dollar index’s decline from 93.43 continued last week but downside momentum has started to diminish as indicated by daily MACD. There is growing chance that such decline is merely the second leg of a consolidation pattern from 89.20. We’d pay attention to the momentum of the next fall as it approaches 89.20 low. Meanwhile, break of 91.43 resistance would argue that such consolidation pattern has started the third leg, towards 38.2% retracement of 102.99 to 89.20 at 94.46. 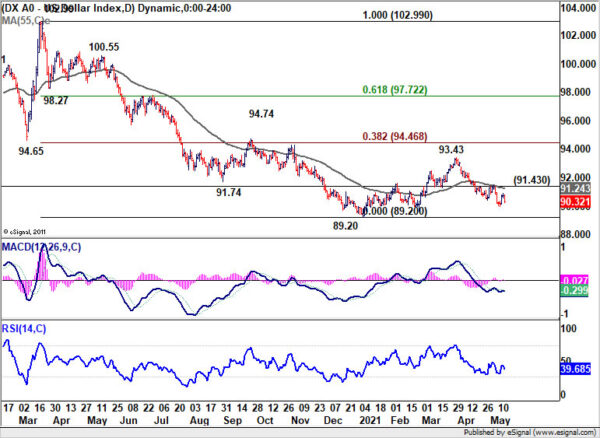 GBP/AUD and EUR/AUD rejected by near term resistance levels

While Australian Dollar closed broadly lower last week, it’s performance was actually not disastrous. Even against the strongest Sterling, it held on to near term support levels. GBP/AUD was rejected below 1.8262 resistance, despite jumping to 1.8232. Focus this week is back on 1.8067 resistance turned support. Break there will suggest that rise from 1.7737 has completed. Recent range trading will continue, around flat 55 day EMA, inside range of 1.7737/8262. 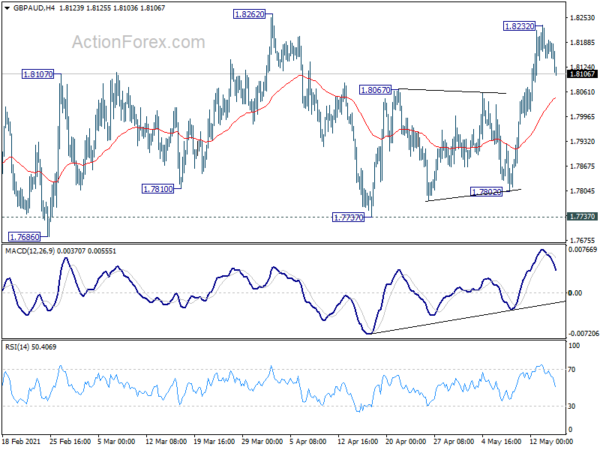 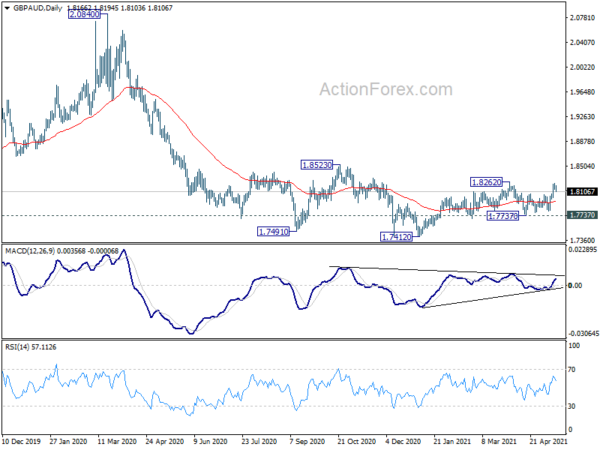 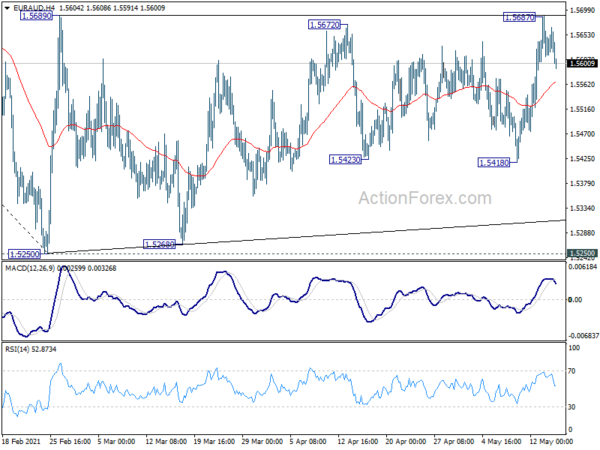 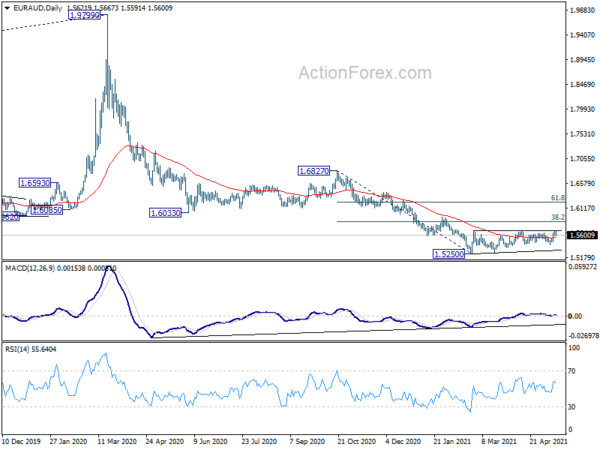 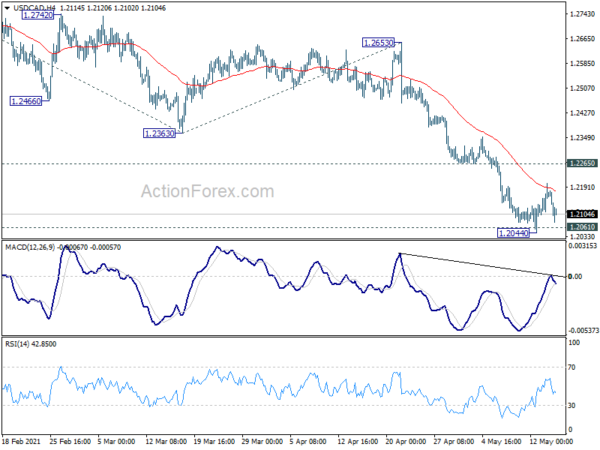 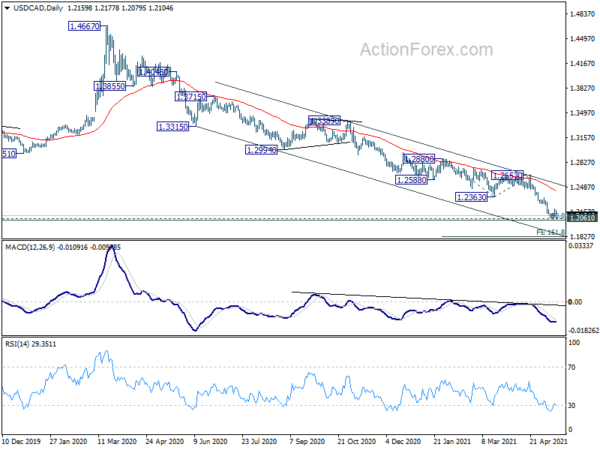 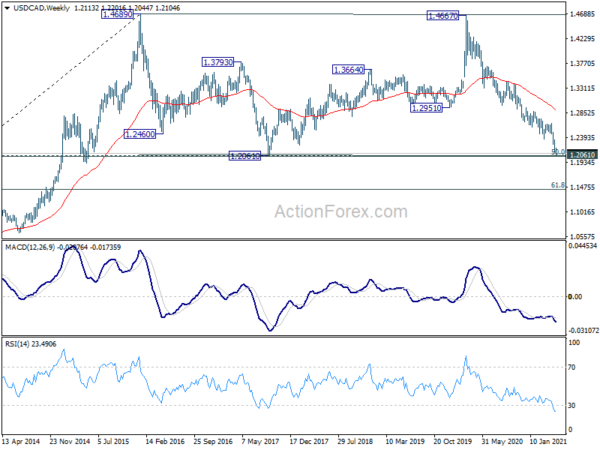 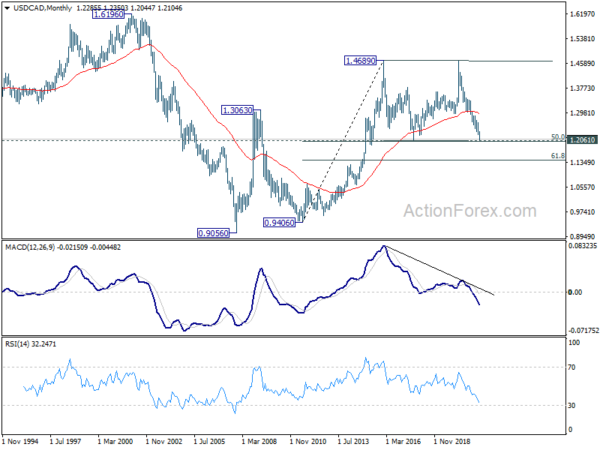