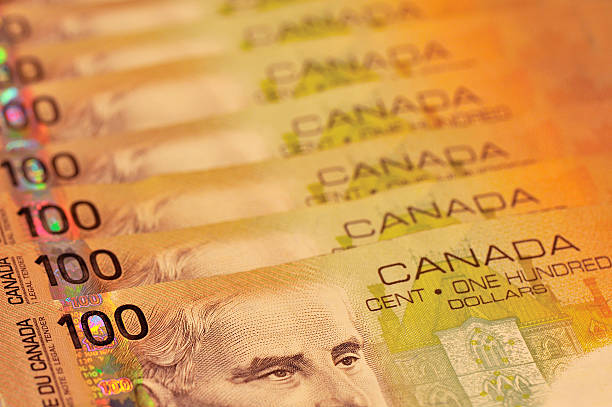 Year-to-date, Canadian dollar is the best performing currency against US dollar. Indeed, most of the gains has been accumulated after the April BOC meeting, at which policymakers announced QE tapering and hinted about rate hike in as soon as next year. Despite recent disappointment in macroeconomic data, we expect yield differential and crude oil price to remain supportive of the loonie.

At its April meeting, the BOC delivered a hawkish tapering of QE purchases. Weekly asset purchases would drop to CAD3B/week, from CAD4B/week previously. The members now expect the spare capacity to be fully absorbed by 2H22, compared with 2023 previously. As noted in the forward guidance, the policy rate would stay at the effective lower bound (0.25%) “until economic slack is absorbed so that the 2% inflation target is sustainably achieved”. Since policymakers have pushed forward the timing for the slack to be fully absorbed, it signals that the first rate hike could come in as soon as 2H22.

This is compared with the Fed which refrained from giving any hint about QE tapering last month, despite upgrades on economic assessments. Policymakers pledged to leave the Fed funds rate a 0-0.25%. Other central banks have also announced to keep the policy rates at record lows for the years ahead.

Indeed, the market has already priced in a hawkish BOC. The 2-year swap rate for CAD, a measure of market expectations on the average interest rate in coming years, is the highest among major currencies. Meanwhile, Canada’s 2-year government bond yield is also the highest among peers.

The 2-year spread between USD and CAD yield is returning to the widest level in 13 months. Given the highly positive correlation between USDCAD and yield spread, we expect the trend should lend support to CAD against USD.

Another important determinant of the movement of Canadian dollar is crude oil price. Crude oil prices will continue to benefit from global reflationary trades. Hopes of acceleration of economic recovery are expected to support oil prices. As a top oil exporter in the world (5th largest in 2018), strong demand for crude oil is by all means positive for Canada’s economic, hence Canadian dollar. However, the risks to higher oil price are the extent of economic recovery, which hinges on the development of the pandemic, as well as OPEC+ supply.