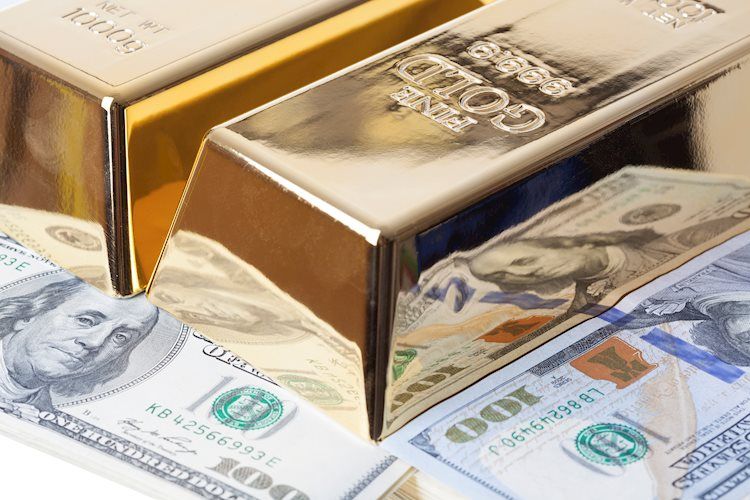 Spot gold prices (XAU/USD) have broken back to the north of the 21-day moving average, which currently resides at $1720.59, in recent trade to hit session highs above $1730, which takes the precious metal back into last week’s ranges. Now that technical resistance has been cleared in the form of the 21DMA and last week’s lows (which were around $1720), gold bulls will be eyeing a move towards last week’s highs into the mid-$1740s and perhaps back towards monthly highs in the mid-$1750s. At present, the precious metal trades with gains of about 2.5% on the day, having rallied from Asia Pacific levels under $1710 to current levels in the $1720s.

US government bond yields are coming under pressure, with the 10-year yield having dropped sharply to close to 1.68%, a sharp turnaround from yesterday’s highs around 1.75%. Real yields are also seeing some downside, with the 10-year TIPS yield down about 4bps on the session to -0.67%. Lower yields are itself a positive for non-yielding precious metals, as it makes US government fixed-income assets a comparatively less attractive place to store cash.

But lower US government bond yields are also weighing on the US dollar. This is also a positive for USD denominated precious metals such as XAU/USD. The Dollar Index (DXY) has recently pulled back below the 93.00 level and short-term bears might be targeting a pullback towards the 200DMA around 92.50 (longer-term USD bulls would likely add longs on such a retracement). If the DXY does drop back to its 200DMA, this is going to be bullish for gold.

In terms of what has been driving Thursday’s drop in yields and the US dollar; no particular fundamental catalyst stands out as driving the moves. Rather, some position-adjustment appears to be going on; the dollar had a stellar Q1 and so might be subject to profit-taking, while US bonds had a torrid Q1 (hence the higher yields) and might be subject to some short-covering.

Markets saw very minimal reaction to the latest ISM Manufacturing PMI survey for the month of March – the report was strong but was marred by increasing evidence of the negative impact of supply chain disruptions, shortages and delays (that’s partly why the prices paid subindex has gone and remains so high). For reference; the headline index came in at 64.7 versus consensus forecasts for a rise to 61.3 in March from 60.8 in February. In terms of the subindices, New Orders rose to 68.0 from 64.8 in February, Employment rose to 59.6 from 54.4 (above the expected 53.0) and Prices dropped ever so slightly to 85.6 from 86.0 (a little above the expected 85.0). The strong employment subindex is a positive sign for NFP on Friday.

The question now will be whether market participants are keen to buy the dip in the US dollar and sell the rally in US government bonds (i.e. to push yields higher again). The strong and ever-improving US economic outlook, particularly versus its developed market peers, implies the risks are tilted in this direction. If this is the case, then XAU/USD’s recovery back towards the mid-$1700s may be nothing more than a dead cat bounce.