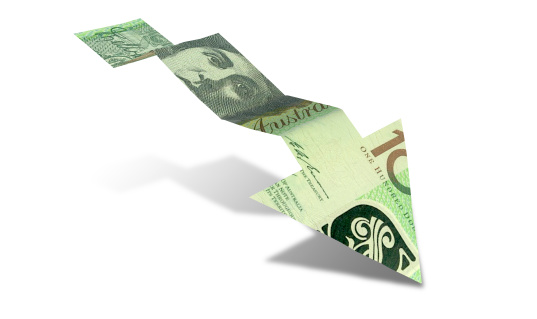 Commodity currencies are generally weak in Asian session, together with Sterling. Stocks in Hong Kong and China are reacting negatively to joint sanctions by EU, UK, Canada and US over China’s genocidal treatments of Uyghurs in the Xinjiang region. EU’s action is seen as significant turning point in the relations with China, as it’s the first sanction since Tiananmen  Square massacre back in 1989. Nevertheless, outside of Hong Kong and China markets, Nikkei is just mildly down while Singapore Strait times is trading up.

Back in the currency markets, Yen and Dollars are trading mildly higher for the moment, followed by Euro and Swiss Franc. Technically, AUD/USD should now be heading back to 0.7620 support as recovery from there finished at 0.7848. One focus today is EUR/AUD, which is now pressing a near term channel resistance (now at 1.5458). Sustained break there will raise the chance of near term bullish reversal and bring stronger rise to 1.5689 resistance for confirmation.

New Zealand Dollar is leading other major currencies lower today. NZD/USD’s break of 0.7098 support indicates resumption of the decline from 0.7463. The firm break of 55 day EMA, and bearish divergence condition in daily MACD, suggest that 0.7463 is a medium term top. Fall from there is correcting whole up trend form 0.5469. 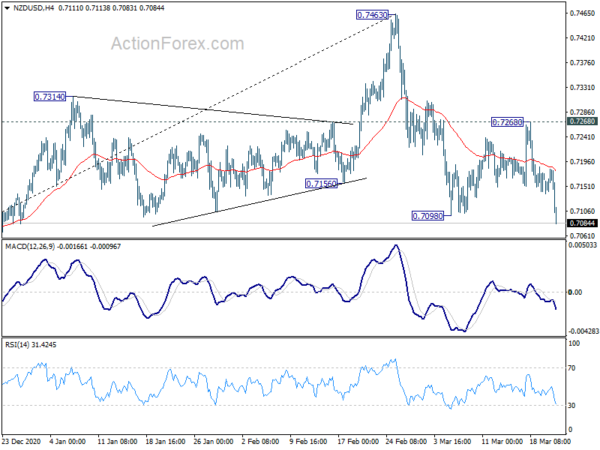 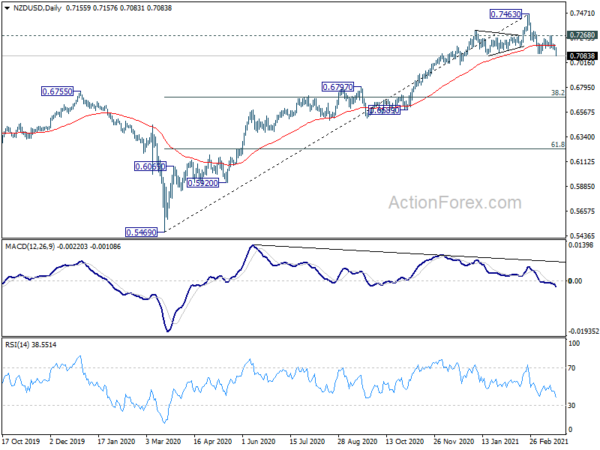 NZD/JPY also follows lower and it’s now eyeing 76.95 support. Break there will extend the correction from 79.19 lower. Nevertheless, outlook in NZD/JPY is relatively more bullish than NZD/USD. strong support could be seen from 55 day EMA (now at 76.38) to bring rebound and keep the up trend intact. However, sustained break of the EMA will argue that it’s already in correction to whole up trend from 59.49, which could bring deeper fall to 71.66 cluster support. 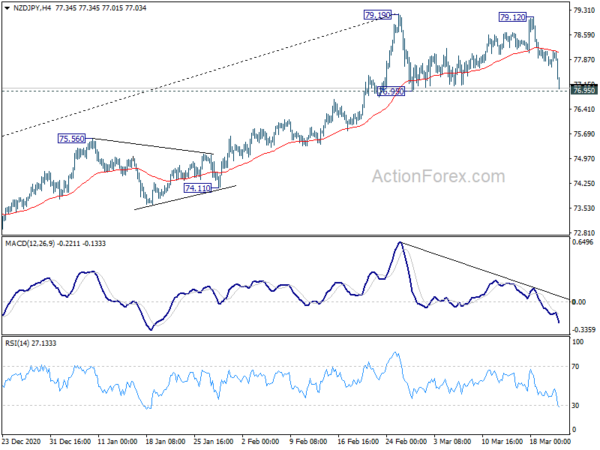 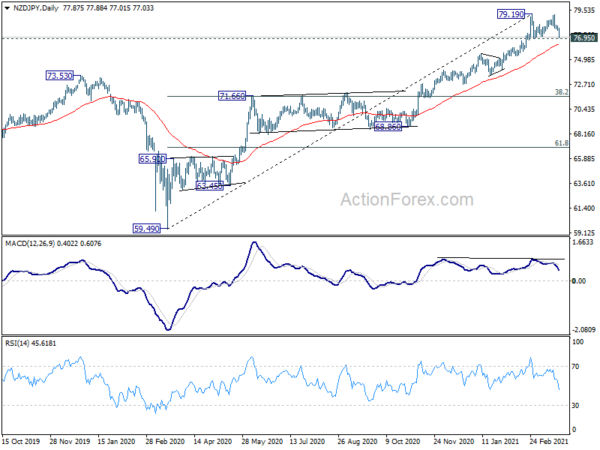 In the remarks prepared for a Congressional testimony on Tuesday, Fed Chair Jerome Powell said, “indicators of economic activity and employment have turned up recently.” As with overall economic activity, “conditions in the labor market have recently improved”. The recovery has “progressed more quickly” than generally expected and looks to “strengthening”.

Nevertheless, “the sectors of the economy most adversely affected by the resurgence of the virus, and by greater social distancing, remain weak,” he added. “And the unemployment rate—still elevated at 6.2 percent—underestimates the shortfall, particularly as labor market participation remains notably below pre-pandemic levels.”

“We are committed to using our full range of tools to support the economy and to help assure that the recovery from this difficult period will be as robust as possible on behalf of communities, families, and businesses across the country,” Powell reiterated.

Fed Governor Michelle Bowman warned in a speech that “financial pressures on many small businesses remain acute”. She’s concerned that “a growing number of small businesses have already been closed permanently or are on the verge of failure”.

While the pandemic restrictions may have been helpful, she said, “they appear to have disproportionately impeded small firms’ ability to maintain their operations and revenue sources, leading to substantial cash-flow pressures.” The restrictions “came at a very high economic cost,” she added.

“My FOMC colleagues and I expect to maintain an accommodative stance of monetary policy until employment and inflation achieve levels consistent with our maximum employment and inflation goals,” she concluded. “At this point, the economy is still a long way from those goals. We are making progress, but I think it will take some time for us to get there.”

UK job data is the main feature in European session. US will release current account and new home sales.

Immediate focus is now on near term channel resistance (now at 1.5482) in EUR/AUD. Sustained break there will confirm short indicate short term bottoming at 1.5250. Price actions from there would develop into a correction to the fall from 1.6827. Stronger rebound would be seen to 1.5689 resistance, and possibly further to 38.2% retracement of 1.6827 to 1.5250 at 1.5852. Nevertheless, rejection by the channel resistance will retain near term bearishness for another fall through 1.5250 later. 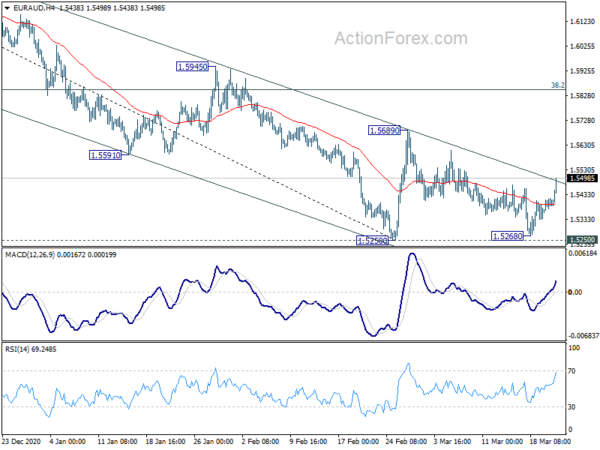 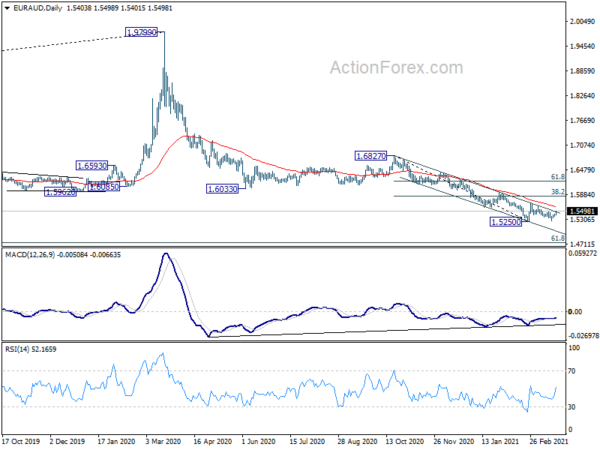 Whats on the economic calendar in Asia for 25 November 2022 – Japan inflation indicator
Major European indices in the day with modest gains
Gold rate today: Yellow metal holds Rs 53,000 on MCX; silver trades flat
How I do my SIMPLE forex analysis everyday (FULL BREAKDOWN)
US stocks head into the last half-hour of trading for the week