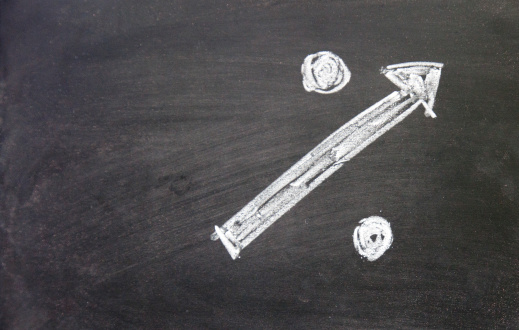 Sentiments appear to be weighed down by the upstoppable rally in treasury yields again today. At the time of writing, US 10-year yield is trading above 1.75 handle while Germany 10-year bund yield is at -0.25. US futures point to lower open, with weakness seen particular in NASDAQ again. Dollar stabilized from yesterday’s post FOMC selloff and recovers broadly. Sterling is so far resilient after BoE revealed nothing special. Swiss Franc and Euro are currently the weakest for today, followed by commodity currencies.

Technically, one thing to is that Dollar is holding on near term support level against both Euro and Sterling despite yesterday’s sell-off. That is, EUR/USD and GBP/USD are kept below near term minor resistance at 1.1989 and 1.4016 respectively. Focus could now be back to 1.1834 temporary low and 1.3777. Break of these levels will bring stronger rebound in the greenback.

Philly Fed manufacturing outlook rose to 51.8 in February, up from 23.1, well above expectation of 24.5. That’s the highest point in nearly 50 years.

BoE kept Bank Rate unchanged at 0.10%, and asset purchase target at GBP 895B as widely expected. Both decisions are made by unanimous 9-0 vote. It doesn’t intend to tighten monetary policy ” at least until there is clear evidence that significant progress is being made in eliminating spare capacity and achieving the 2% inflation target sustainably. The MPC also stands ready to “take whatever additional action” if inflation outlook weakens.

Since the time of February’s Monetary Policy, advanced economy longer-term government bond yields have “risen rapidly” to similar levels before the pandemic. But an “aggregated measure of UK financial conditions has been broadly unchanged”. At the same time, rates of Covid infections and hospitalizations have “fallen markedly” across the UK and vaccination is proceeding at a rapid pace.

The plans for easing of restriction maybe consistent with a “slightly stronger outlook” for consumption growth in Q2. Labor market slack has remained “higher than implied by the 5.1% LSF unemployment rate. CPI inflation is expected to return to 2% target in spring, reflecting recent in creases in energy prices. But these developments should have “few direct implications” for medium term inflation.

In the hearing of a European Parliament committee, ECB President Christine Lagarde said risks surrounding Eurozone growth outlook over the “medium term” have become “more balanced” owing to better prospects for the global economy and progress in vaccination campaigns. Though, downside risk remain in the “near term”, mainly related to spread of “virus mutations” and implications of ongoing pandemic.

She added that inflation has picked up over recent months mainly on “some transitory factors”, and some volatility is expected through 2021. But the factors are expected to “fade out early next year”. Price pressure would “increase some what this year due to “supply constraints and recovery in domestic demand”. But these pressures will “remain subdued overall”.

On the issue of treasury yields, Lagarde said, “the increase in risk-free market interest rates and sovereign bond yields that we have observed since the start of the year could spur a tightening in the wider set of financing conditions… Therefore, if sizeable and persistent, increases in those market interest rates, when left unchecked, may become inconsistent with countering the downward impact of the pandemic on the projected path of inflation.”

Hence, ECB announced to significantly increase the pace of PEPP purchases over the next quarter. “Purchases will be implemented flexibly according to market conditions and always with a view to preventing a tightening of financing conditions that is inconsistent with countering the downward impact of the pandemic on the projected path of inflation”.

In seasonally adjusted term, Eurozone exports dropped -2.8% mom while imports dropped -1.3% mom. Trade surplus shrank to EUR 24.2B, below expectation of EUR 28.3B.

Australia employment rose 88.7k in Feb, back at pre-pandemic level

Bjorn Jarvis, head of labour statistics at the ABS, said “The strong employment growth this month saw employment rise above 13 million people, and was 4,000 people higher than March 2020.”

“Activity in the December quarter shows a mixed picture – some industries are down, but others have held up or risen, despite the ongoing impact of COVID,” national accounts senior manager Paul Pascoe said. At the industry level 7 out of 16 industries declined. The two largest contributors to the drop were construction, and retail trade and accommodation. 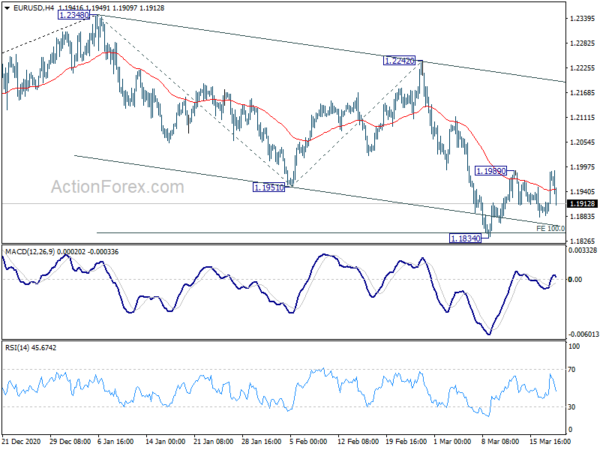 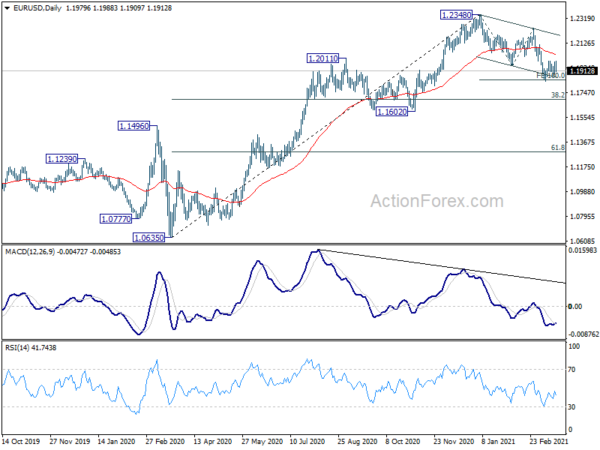