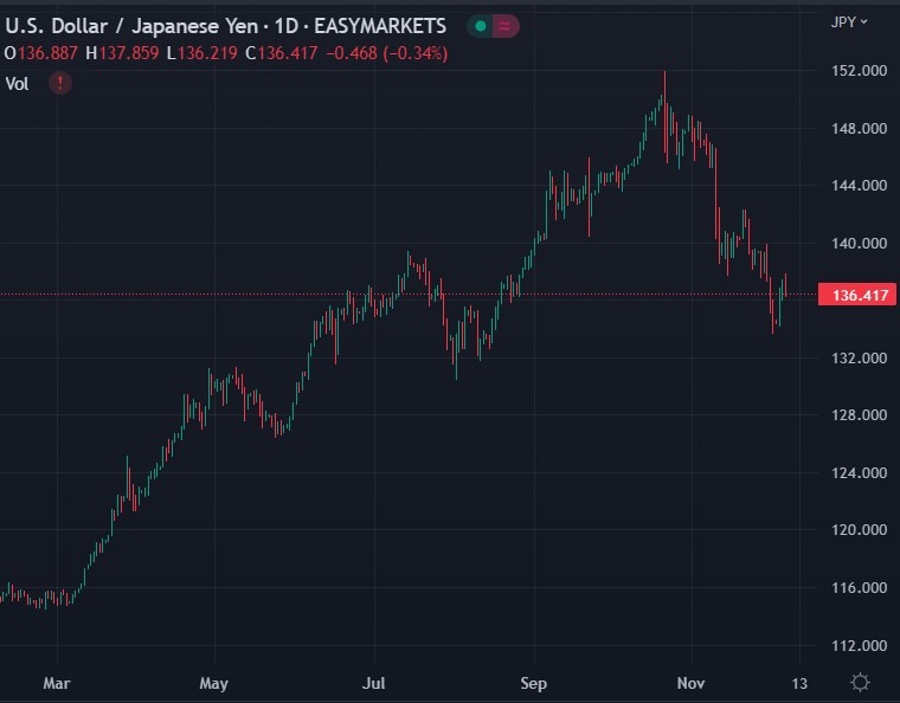 The figure comes from the most recent Reuters Corporate Survey.

USD/JPY update, at least the yen is up from its lows in October:

Microsoft beats on earnings as cloud unit shows strong growth
ECB’s Knot: Set to raise rates by 0.5% in Feb and March
USDJPY ping pongs with trend lines in play
The 2-10 year spread remains near the multi decade lows
Crypto lawyers to be in demand as regulatory pressure reaches boiling point