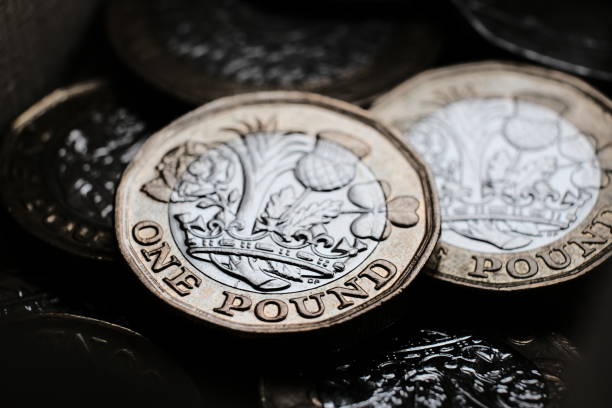 In a surprised move, BoE announced to intervene in the gilt markets. While 10-year gilt yield drops notably on the news, the recovery in FTSE is just mild. Sterling also just fluctuates and it’s trading as the weakest one for the day. On the other hand, Swiss Franc buyers jump in on worsening energy crisis in Europe, while Yen also firms up slightly. Dollar, Euro and Aussie are on the softer side.

Technically, as US 10-year yield appears to be rejected by 4% handle for now, there is prospect of further rebound in Yen. So far, EUR/JPY’s recovery from 137.32 has bee rather weak, and deeper decline is in favor. Break of 137.32 will resume the fall from 145.62 towards 133.38 key support. That, if happens, would also be followed by break of 148.93 temporary low in GBP/JPY. 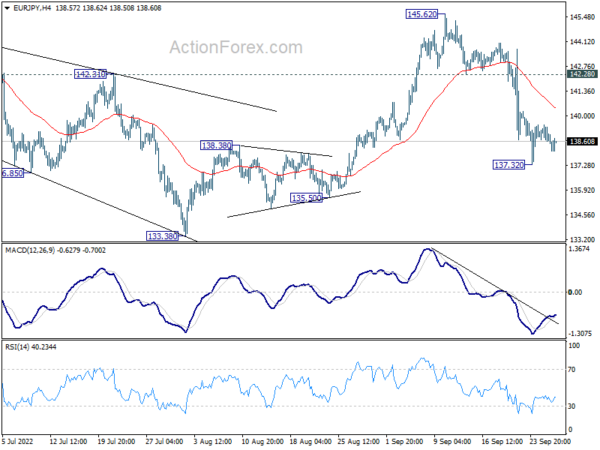 BoE announced today to carry out temporary purchases of long-dated UK government bonds, to “restore orderly market conditions”. It warned that the significant repricing of UK and global financial assets “has become more significant in the past day”, particularly affecting long-dated government debt. Continuing or worsening dysfunction would be a “material risk” to financial stability.

The purchases will be carried out on “whatever scale is necessary” to effect this outcome. However, they will be “strictly time limited” with auctions taking place from today until October 14.

BoE also reiterated that a full assessment of the government’s mini budget will be done at its “next scheduled meeting”. BoE “will not hesitate to change interest rates by as much as needed to return inflation to the 2% target sustainably in the medium term, in line with its remit.”

Mike Watkins, Head of Retailer and Business Insight, NielsenIQ: “NielsenIQ data shows that 76% of consumers are saying they expect to be moderately or severely affected by the cost-of-living crisis over the next 3 months, up from 57% in the summer.”

ECB Governing Council member Robert Holzmann said “50 may be the minimum” rate hike at next meeting in October. He added, “could it be 100? It could but I don’t see the necessity now to go as fast. I think 75 would be a good guess.”

Holzmann also noted that ECB is still “some way” from neutral interest rate. He said lifting deposit rate from current 0.75% to 2.50% would definitely take it beyond neutral.

Regarding quantitative tightening, he said it’s part of the normalization process, and will be discussed at a non-monetary-policy meeting next week in Cyprus.

ECB President Christine Lagarde said in a conference today, “we have to return inflation to 2% in the medium term, and we will do what we have to do, which is to continue hiking interest rates in the next several meetings.”

“Our primary goal is not to create a recession. Our primary objective is price stability and we have to deliver on that. If we were not delivering, it would hurt the economy far more,” she said, adding that the “first destination” of rate hikes will be to reach neutral rate.

“Many households are currently forced to spend significantly more money on energy or to set money aside for significantly higher heating bills. Accordingly, they need to cut back on other expenses, such as new purchases. This is sending consumer sentiment plummeting to a new record low.”

Ben Dorber, head of retail statistics at the ABS, said: “This month’s rise was driven by the combined increase in food related industries, with cafes, restaurants and takeaway food services up 1.3 per cent and food retailing up 1.1 per cent.”

“While households continue to spend, non-food industry results were mixed and only contributed a small amount to the total rise in retail turnover.”

GBP/USD is staying in consolidation above 1.0351 temporary low and intraday bias remains neutral. While stronger recovery cannot be ruled out, upside should be limited by 4 hour 55 EMA (now at 1.1051). On the downside, break of 1.0351 will resume larger down trend towards parity next. 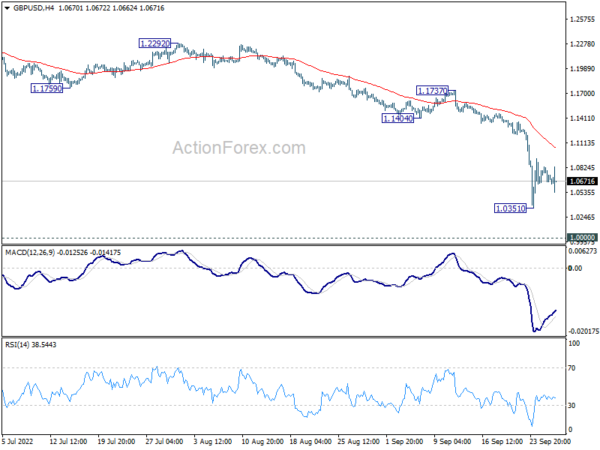 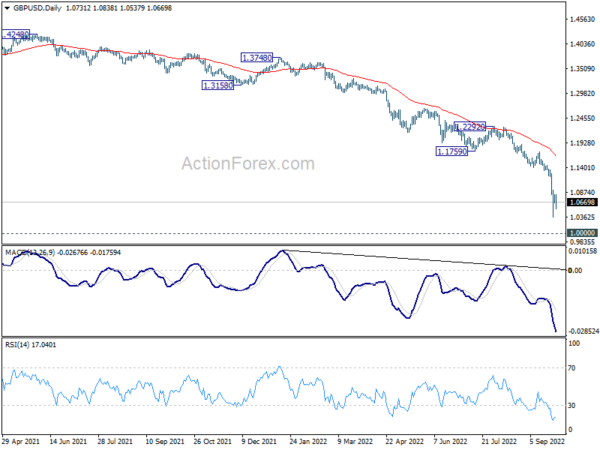