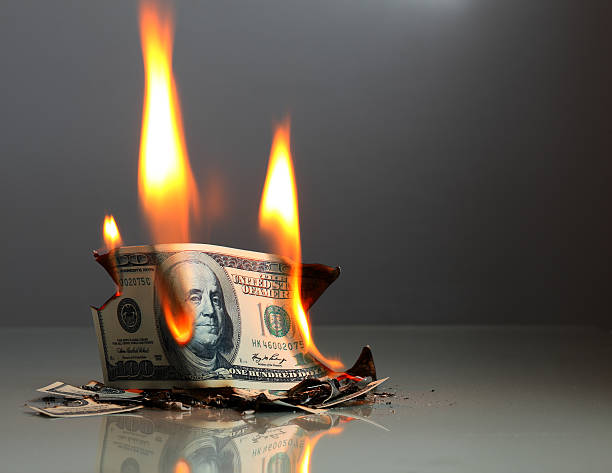 After yesterday’s selloff, Dollar is recovering slightly in Asian session today. But the greenback remains the worst performing one for the week. New Zealand and Australian Dollars are taking most advantage for now, helped by risk-on sentiment. But Swiss Franc and Yen are also strong on falling major benchmark yields. Euro and Sterling are on the softer side, even though they still outperform Dollar.

Technically, while Dollar is under broad-based pressure, the weakness in Euro is also worth a mention. EUR/CHF is on the verge on breaking through 0.9697 low to resume long term down trend. Meanwhile, EUR/AUD is also eyeing a break of 1.4508 to resume the near term fall from 1.5396 towards 1.4318 low. Break of these levels could cap Euro’s rally against Dollar. 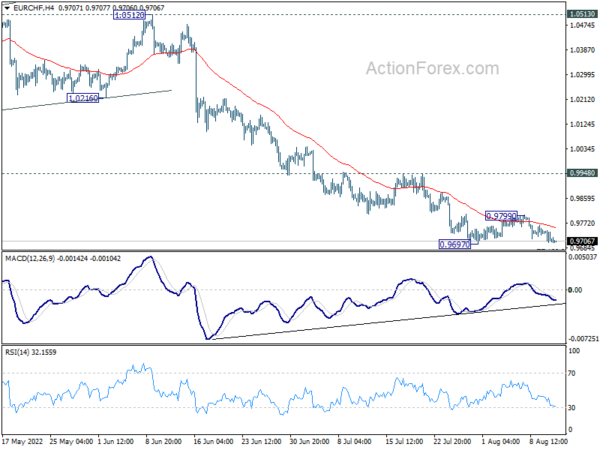 Minneapolis Fed President Neel Kashkari said yesterday that in the June economic projections, he recommended interest rate at 3.9% by the end of this year, and 4.4% next. He added, “I haven’t seen anything that changes that.”

Even after yesterday’s July CPI release, the Fed is “far away from declaring victory” on inflation, Kashkari said. “This is just the first hint that maybe inflation is starting to move in the right direction, but it doesn’t change my path.”

“I think a much more likely scenario is we will raise rates to some point and then we will sit there until we get convinced that inflation is well on its way back down to 2% before I would think about easing back on interest rates,” he said.

Chicago Fed President Charles Evans said yesterday’s CPI data was the first “positive” reading since Fed started tightening. Yet, inflation is still “unacceptably” high”. He expects Fed to continue to raise interest rate to 3.25-3.50% by year end, and to 3.75-4.00 by the end of next year.

Evans was optimistic that the economy will “continue to grow” in H2. “I’m not looking for the economy to turn down in a significant fashion any time soon,” he added. He expected growth to be 1.5-2.0% next year.

DOW to take on 55 W EMA after strong rally

US stocks staged a strong rally yesterday on hope that inflation has finally peaked. DOW gained 535pts or 1.63% to close at 33309.

The development affirms the case that whole correction from January’s peak at 36952 .65 has completed with three waves down to 29653.29. 55 week EMA (now at 33169.39) is now the key hurdle to overcome. Sustained trading above that will add even more credence to the bullish case. That should set the stage for further rally to retest 36952.65 later in the year.

For the near term, in any case, further rise is expected as long as 32387.12 support holds. 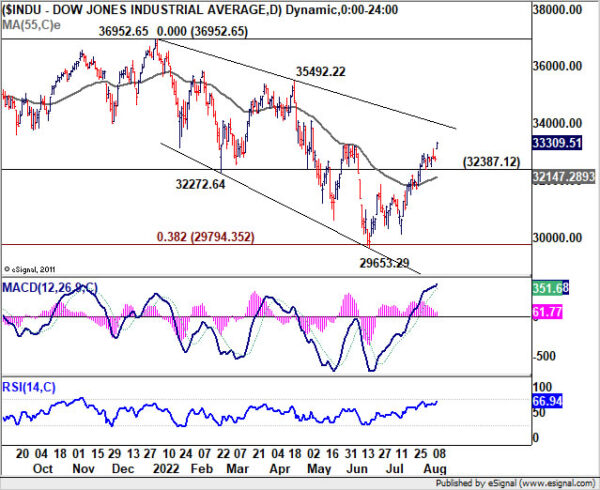 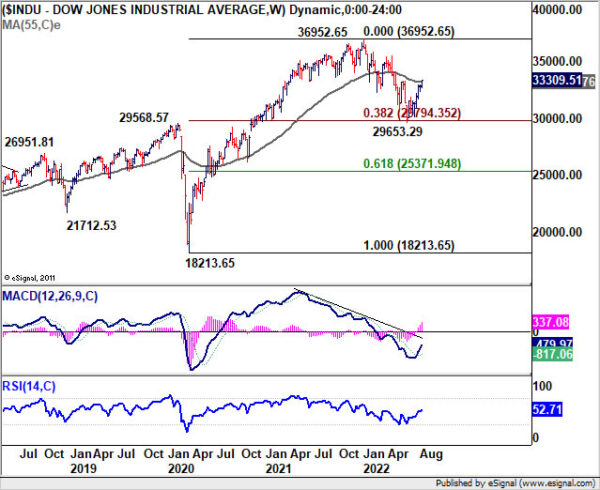 UK RICS house price balance dropped to 63 in July, above expectation of 60. Australia consumer inflation expectations eased from 6.3% to 5.9% in August. US PPI and jobless claims are the only feature in a light day. 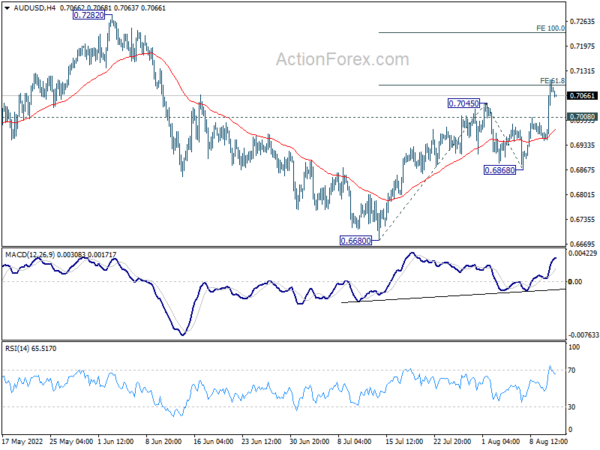 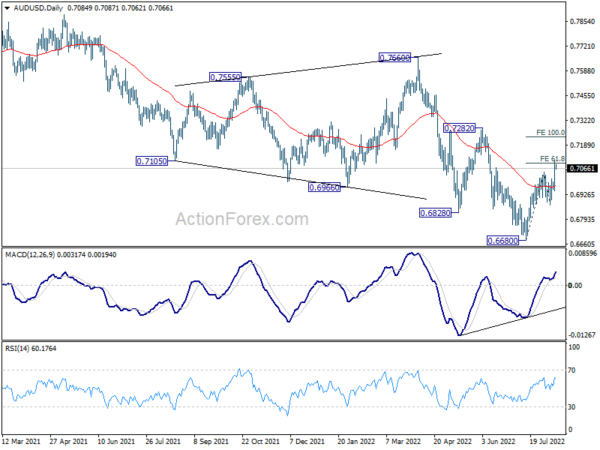