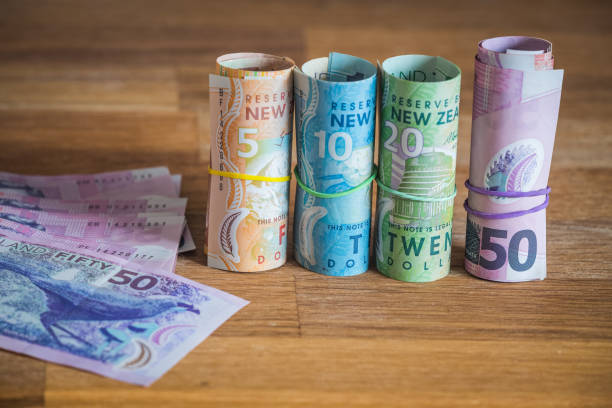 New Zealand Dollar rises broadly today after an hawkish RBNZ rate hike, which suggests that interest rate could peak higher than earlier projected. Australian and Canadian Dollars are also generally firmer. On the other hand, Euro is starting to lose some upside momentum again, struggling to ECB driven rally. Swiss Franc and Sterling are soft too. Dollar and Yen are mixed, awaiting next guidance from overall risk sentiment.

Technically, the next move in Euro is worth a note. While EUR/USD extended the rebound from 1.0348 short term bottom, there was no decisive buying elsewhere. Even against the weak Sterling, EUR/GBP is capped below 0.8617 temporary top. EUR/JPY is held well below 137.33 minor resistance. EUR/CHF is also limited below 1.0359 minor resistance. Selling in Euro could come back, especially in crosses, should EUR/USD’s rebound falters. 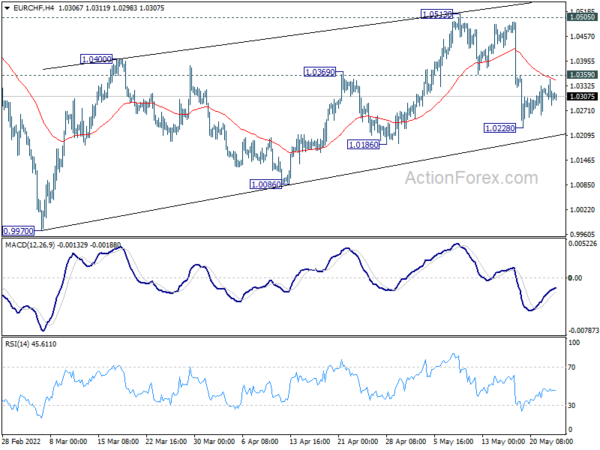 In the statement, RBNZ said: “The Committee viewed the projected path of the OCR as consistent with achieving its primary inflation and employment objectives without causing unnecessary instability in output, interest rates and the exchange rate. Once aggregate supply and demand are more in balance, the OCR can then return to a lower, more neutral, level.” 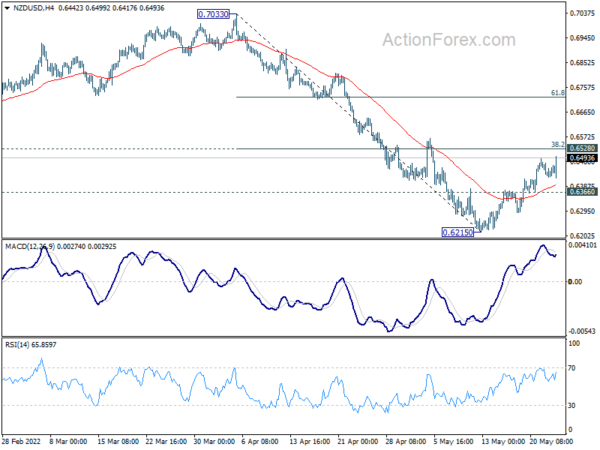 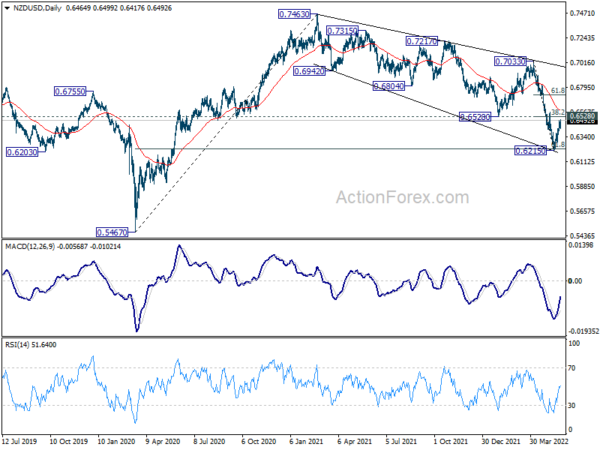 Employment assessment was upgrade slightly to “shows movement of picking up” rather than just in “some components. Consumer prices “have been rising recently”, with “moderately” dropped.

The government also warned that “full attention should be given to the downside risks due to supply-side constraints, rising raw material prices and fluctuations in the financial and capital markets while there are concerns regarding the effects of the re-spread of the Novel Coronavirus in China and lengthening the state of affairs of Ukraine”.

Germany Gfk consumer confidence and Q1 GDP final will be released in European session, together with Swiss Credit Suisse economic expectations. Later in the day, US will release durable goods orders and FOMC minutes.

Intraday bias in EUR/AUD remains neutral for the moment. On the downside, break of 1.4882 support will reaffirm that case that corrective rebound from 1.4318 has completed at 1.5277, ahead of 1.5354 resistance. Intraday bias will be back on the downside for 1.4597 support first. Break there will bring retest of 1.4318 low. For now, risk will stay on the downside as long as 1.5277 resistance holds. 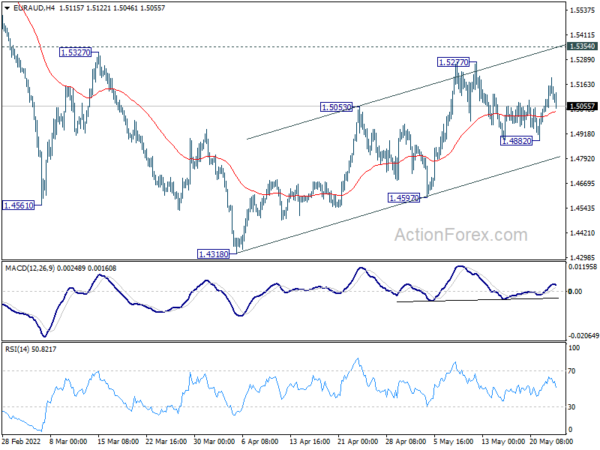 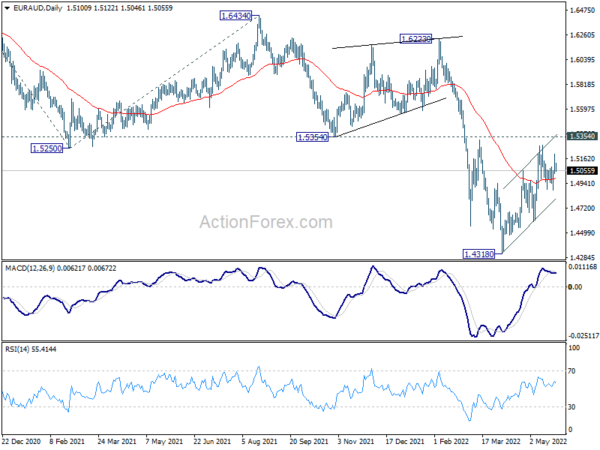